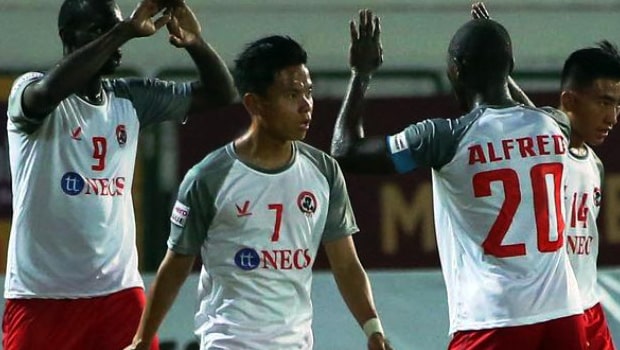 The Indian League (I-League) will be on Wednesday when Aizawl welcomes Churchill Brothers to its Rajiv Gandhi Stadium.

Aizawl are unbeaten in its last four games, albeit it consists of three consecutive draws and a win away to Indian Arrows in December.

They welcome a Churchill Brothers that has won three of its last 4 I-League games with a 2-1 loss at home to Indian Arrows in the last game of 2019.

Even though the away team may be in form, Aizawl can take solace in their formidable home form so far this season where they have managed not to lose in their last three games played at home.

The team has drawn Mohun Bagan 0-0, Chennai City 1-1, and Minerva 3-3, all at the Raji Gandhi Stadium. Churchill Brothers, on the other hand, won the only away game they have played so far in a 4-2 win at Mohun Bagan.

In 3 previous meetings between both sides in Aizawl, the Home side have been victorious on three occasions. They will hope to get another victory on Wednesday as well.

Aizawl, in its last game in the I-league against Gokulam, the team was able to hold on for a draw after playing over 60 minutes with ten men after Joseph Adjei’s red card in the first 21 minutes.

The sending off came after Abdoulaye Kanoute’s opener for Aizawl in the 14th minute.

Marcus Joseph lost a penalty in the first half for Gokulam but made amends in the second-half, scoring in the 70th minute as Aizawl became resilient with 20 minutes left in the game to secure a valuable away point.

The match will start at 7 pm Indian Standard Time, and Churchill Brothers sit in second on the log with 9 points, one behind league leaders Mohun Bagan while Aizawl has 7 points from 6 games.