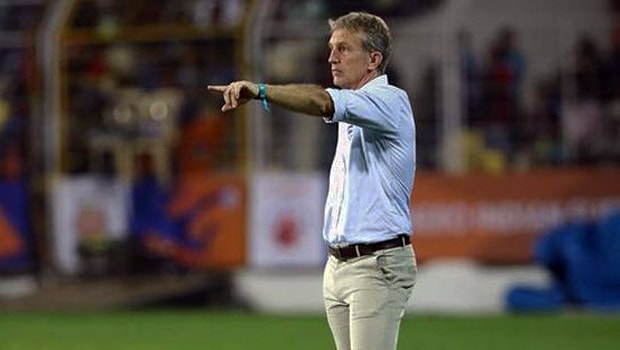 Hyderabad manager Albert Roca has promised fans to expect a more organized style of play when the team files out for games in the 2020/2021 season of the Indian Super League.

The Spaniard has a philosophy of playing a possession-based style stating that he is searching the transfer window for players who will fit into the style of play at the club.

Hyderabad FC were founded nine months ago, August 2019, making the 2019-20 season their first in the India Super League. Albert Roca has now assured the fans of the team a better and more organized style of play.

Hyderabad was more reliant on the brilliance of their Brazilian imports Marcelinho and Bobo, as the team struggled to be cohesive. The duo had 12 goals between them as the team could only score 21 goals in 18 games played as the team finished rock bottom on the log.

The team has managed to retain some players from last season from Souvik Chakrabarti, Liston Colaco, and Adil Khan while they have acquired Subrata Paul and Rohit Danu from Indian Arrows.

“We have to assess our weaknesses and try to fix them by bringing in the appropriate players. A few players are on my mind, but we still have time to bring in the players that we think are better for the league, and for our playing style,” Roca was quoted on Goal.

He stated further that the team needs players who have the sense and care for the ball and understand the style the club wants to adapt to. He stated that the team would try and make build-up from the defense line and be comfortable on the ball if possible.

He said if successful, the players would make the team’s style of play more attractive to the supporters.