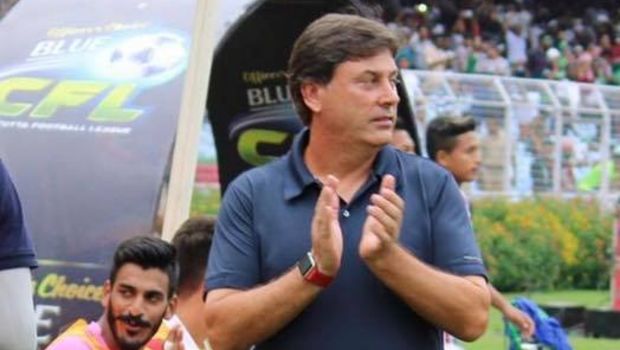 Spanish Coach, Alejandro Menendez has resigned from his coaching position at East Bengal after a barrage of criticism was launched at him in recent weeks.

The team has gone three games consecutively without winning, losing all of them back to back with the game against Mohun Bagan being the last straw that broke the Camel’s back.

The game on Sunday is the last Derby between East Bengal and Mohun Bagan after the latter was announced to be in line to merge with ATK from the 2020/2021 season.

East Bengal has not won a game this year having lost 1-0 to Churchill Brothers on the 4th of January, 3-1 to Gokulam on the 15th before the 2-1 loss on the 19th of January.

The team sits eight on the log after seven I-league games and has gathered just 8 points scoring ten goals and conceding ten goals as well.

Alejandro Menendez stepped down due to “Personal Reasons” with less than two days after the defeat in the Derby against Mohun Bagan.

According to a statement by the club, it is in the Spaniard’s plan to return to Spain due to some individual and personal reasons thus the need for him to step down with immediate effect.

Menendez who once handled Real Madrid Castilla led East Bengal to a second-place finish in the Calcutta Football League last season and also couldn’t help the team to win the I-league which they are still to win in their history.

In his statement after his exit, Menendez stated his happiness for the progress the team made under his leadership as a coach and hoped that his successor would be able to move the team to the next step of progress.

Furthermore, he disclosed that he enjoyed his time at the club and prayed for the best for the team and its fans in future engagements.

The backroom staff and other assistants to Alejandro Menendez will take charge of the team’s next game at Chennai City until a new coach is announced.