An identity crisis and a financial turmoil later, FC Pune City bids adieu to the ISL 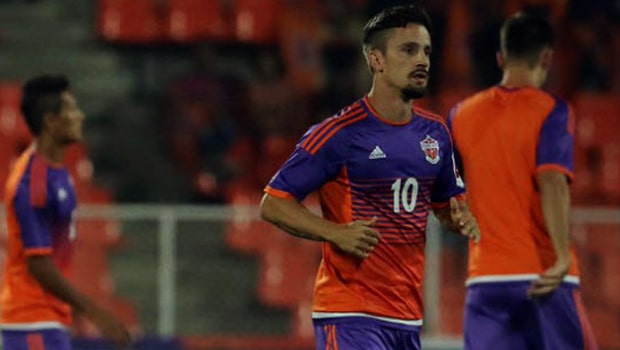 After months of speculation, the Indian Super League finally revealed its worst kept secret in a press release, announcing that FC Pune City will make way for Hyderabad FC for the sixth edition of the ISL scheduled to commence on October 20. Their ousting makes FC Pune City the first team of the original eight from season 1 to bow out of the league.

Their five seasons in the ISL were marred with dreadful results, a constant change in personnel and a ceaseless feeling of disappointment for fans that, in all honesty, will not miss the franchise. The team appointed five head coaches of three different nationalities in their five seasons in the league, indicating a lack of identity and philosophy at the core of the franchise. They failed to make the playoffs in all but one season, which was the fourth edition of the league where they lost 3-1 on aggregate against beaten finalists Bengaluru FC.

While the franchise tried its best to market itself by partnering up with Bollywood celebrities like Salman Khan, Hrithik Roshan and more recently Arjun Kapoor, the football they produced was ironically the antithesis of the action-packed, blockbuster movies that their ambassadors starred in. In just their second match in the ISL, they found themselves on the end of a 5-0 thrashing at the hands of local rivals Mumbai City FC in a game which also featured the league’s first-ever hat-trick from journeyman forward Andre Moritz.

With the dissolution of the first team, the future of the franchise’s junior teams and academy is also cast under a shadow and it remains to be seen if Wadhawan Sports Pvt. Ltd., the owners of FC Pune City, opt to liquidate the remainder of the team’s assets.

The liquidation of FC Pune City’s first team is a sorry end to the efforts of its owners to bring the beautiful game to a city where the sport is an outlier rather than the norm. And while football continues to grow in the nation, the failure of FC Pune City could possibly be an indicator of the fact that the glitzy and glamorous nature of the ISL may not be the answer to what the country needs to usher a new era in Indian football news today.