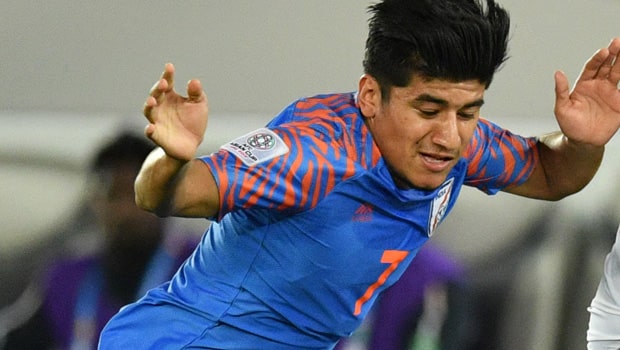 Chennaiyin FC has appointed their experienced player Anirudh Thapa as their captain for the upcoming season of the Hero Indian Super League. Thapa has been a pivotal cog of Chennaiyin FC over the years and made his ISL debut for Marina Machans back in 2016.

Thapa started his football journey with AIFF Elite Academy in 2016 and he was immediately roped in by Chennai. But, he had a tough first season as he failed to hit the ground running. However, he was able to bounce back stronger in the 2017 season as he was awarded the AIFF Emerging Player of the Year and played an instrumental part in taking his team to glory, which was Marina Machans’ second title.

Thapa made his International debut in 2017 after an impressive show and has made 24 appearances for the Blue Tigers.

The 23-year old stated that nothing much changes for him after he has been bestowed with leadership responsibilities and added he understands what the club and the team management expects from him.

“I think not much has changed for me after being appointed the captain. I have been here for six years now and so it’s not hard to understand what the club wants. They want to win. And so do I. But as captain, there is an added responsibility. To grow up a little bit faster. I will still be a boy who loves football but I will also ensure that the team stays together on and off the field. And I will always protect my team and my players,” said Anirudh Thapa.

Meanwhile, Chennaiyin FC had a disappointing run in the previous season as they finished in eighth place with three wins from 20 matches and they will want to turn the tables in the forthcoming season.