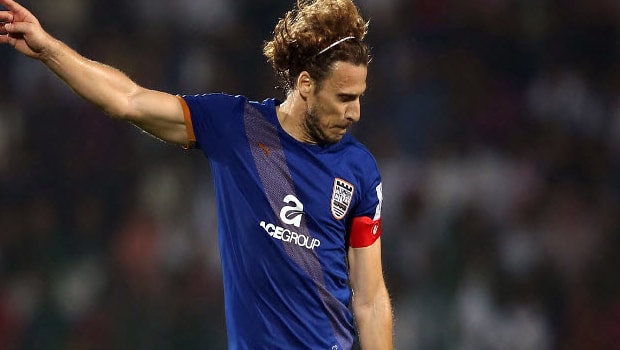 Indian defender, Anwar Ali, has described former Uruguay striker Diego Forlan as his most inspiring leader he has played with.

The 35-year-old defender played with Forlan at Mumbai City as they finished top of the 2016 Indian Super League table.

“During both my season at Mumbai City, we had so many leaders in the dressing room. But I think the one that stands out the most is Diego Forlan. Being on the same team and learning so much from him was the best experience in my career so far,” he was quoted on goal.

Diego Forlan moved to India in 2016 from Penarol after playing for Manchester United, Inter Milan and Atletico Madrid amongst others in Europe.

He also featured at the FIFA World Cup, FIFA Confederations Cup, and won the Copa America in 2011 with 112 appearances with the national team and 36 goals for the team.

He mentioned that the semi-final appearance, which coincidentally was Mumbai City’s first was a special one for him. He also stated that a fellow teammate in the Mumbai City team, Matias de Federico as the best player he has played with Amidst the great players he has played with.

“There were so many (great players), but if I have to pick one, it will be Matias Defederico from our 2016 side,” Anwar disclosed.

As regards the toughest striker he has faced, he mentioned Nigerian player Odafa Okolie as the hardest not surprising though, as the forward finished as the I-League top scorer between 2007-2010 playing for Churchill Brothers and Mohun Bagan between that period.