Home » Football » Arindam Bhattacharya clears doubts regarding his future, set to stay at ATK Mohun Bagan for another season

Arindam Bhattacharya clears doubts regarding his future, set to stay at ATK Mohun Bagan for another season 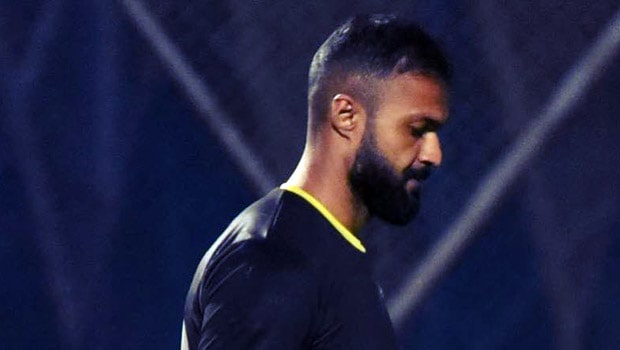 Arindam Bhattacharya clears the air on his future after several rumours on social media suggested that the custodian will be leaving ATK Mohun Bagan to join some other Indian Super League side.

Arindam was exceptional last season as he came up with a mammoth 59 saves in the last ISL season. Courtesy of which he won the ISL Golden Gloves last season. The experienced custodian was a leader at the back as his commanding presence allowed ATK Mohun Bagan to keep 10 clean sheets last season. However, he also had a stellar defensive line with players like Sandesh Jhingan, Tiri and Pritam Kotal all proving their worth in defence for ATKMB.

However, the rumours of him leaving started when ATK Mohun Bagan roped in former Mumbai City FC custodian Amrinder Singh. The Punjabi goalkeeper led his team to the ISL shield last season followed by the ISL trophy by beating the Mariners in the final. He has shown great consistency for some time now for the Islanders and hence Antonio Habas wanted him in his roster for the upcoming season.

The joining of Amrinder Singh for such a hefty fee raised questions regarding Arindam’s future for the upcoming season. Many rumours suggested that the 32-year old custodian is joining Kerala Blasters while others linked him with FC Goa and even with Mumbai City FC.

However after a lot of speculation the ATK Mohun Bagan goalkeeper himself took to Twitter and cleared the air by committing his future with the Mariners. His current contract runs till the end of next season and he is looking to honour that.

“Over the last few weeks, there has been a lot of speculation in the media and on social media platforms about my future. I would like to put all of it to rest. I am an ATK Mohun Bagan player with a year left on my contract and I will be honouring that contract,” Arindam Bhattacharya wrote on Twitter.

I’m looking forward to another season at ATK Mohun Bagan and like always, will promise to give nothing but my best for the club and its fans,” he added.

This decision means that Arindam will be looking to fight it out against Amrinder Singh for the starting spot between the sticks for the Mariners. Hence it will be interesting to see whom Habas prefers ultimately.