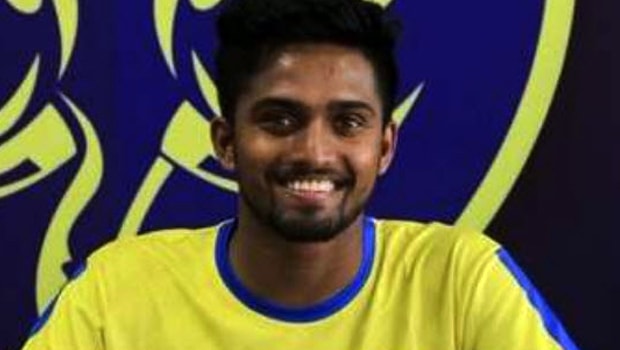 Kerala Blasters youngster Arjun Jayaraj has stated his hopes of securing a stay at the India Super League side once he recovers from injury.

Arjun Jayaraj was signed from Gokulam Kerala last season in a decent deal, but he was omitted from the team’s squad list for the season by coach Eelco Schattorie due to a knee injury.

The injury kept the player away for a lengthy period, and the player revealed how he felt missing a whole season.

“To miss the whole season after just coming on board at a new club is devastating. More than frustration, it was a disappointment that I felt. Such an injury was a first for me in my career. I really wanted to play for Kerala Blasters after signing for them last season, so it was disappointing to miss out due to injury,” Arjun told Goal.

The 24-year-old revealed how he got injured during a training session.

“​I was injured during training. It was a clash. When it happened, we didn’t think it was a big one. I did rehab and was close to rejoining the training sessions. Then there was the pain. I took rest, and the doctor suggested surgery. That was when it dawned on me that I would miss the whole season,” he was quoted on Goal.

However, while the player has been close to a return to training, the coronavirus pandemic has hindered this as the country has been on lockdown since March.

Furthermore, he revealed how this has affected his mental health but praised his friends and family for the support during the period while still looking forward to a big debut in front of fans of the team in Kochi when the season returns after the pandemic.