Home » Football » What does Glan Martins bring to the table for ATK-Mohun Bagan? 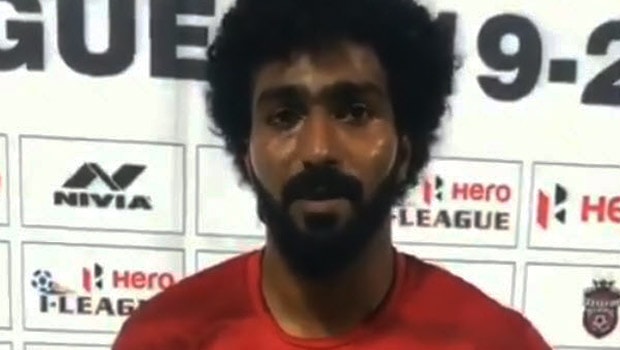 ATK-Mohun Bagan recently bolstered their midfield by signing Glan Martins from I-League club Churchill Brothers during the summer transfer window. The 25-year-old is primarily a defensive midfielder who can play in a counter attacking role as well.

Martins is a product of the SESA Football Academy. He was a bright talent right from a young age and that’s why the academy had sent him to the USL PRO Combine in Florida for a four-day stint back in 2014. He was barely 17 years old then. Martins joined Sporting Club de Goa after graduating from the academy.

Other I-League, and ISL clubs as well, had interest in Martins right since then but he was tied down by Sporting Club de Goa’s long contract. However, he finally made a move to the Churchill Brothers for better last season and made 14 appearances for them, one more than what he had made for Sporting Club de Goa across two seasons.

Martins shone as a defensive midfielder in this I-League season. His compactness and solidity at the centre of the midfield allows the other midfielders and forwards press ahead without any worry. The 25-year-old is someone who has an exceptional ability to build up the play and his vision for long balls is fabulous as well.

Antonio Lopez Habas employs a counter-attacking strategy to ATK and Martins’ role will be very important in the Gaffer’s plans. His free-flowing ability will give Habas the much needed freedom to go for other attacking options in the XI. Moreover, Martins’ ability to be lethal in attacks is an added bonus too.

Martins will get a chance to tub shoulders with his former Sporting Club de Goa teammates, Arindam Bhattacharya and Subhasish Bose, at ATK-Mohun Bagan once again.

ATK won their third ISL title last month as well and thereby went on to sign a merger with 2019/20 I-League Champions Mohun Bagan as well. The merging of the two clubs is surely going to make ATK-Mohun Bagan a force to reckon with in the 2020/21 season and Martins is going to play a crucial role for them too.