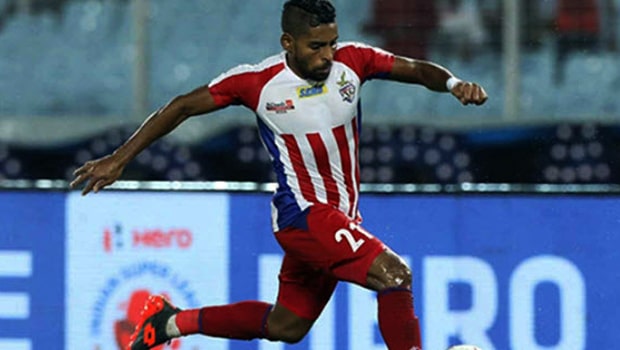 Atletico Kolkota continued its impressive run of form to register a third win in a row after beating Ten-Man Jamshedpur on Sunday at the JRD Tata Sports Complex.

Fijian Roy Krishna scored a brace in a game that was entirely in favour of Antonio Habas men as they went on to sit at the top of the Indian Super League table.

Edu Garcia also scored the other goal as Jitendra Singh was sent off in the second half for the home team, leaving his side to play the last 38 minutes with a man down.

ATK started the game brightly, scoring in the 2nd minute of the game as Krishna benefited from an Under-hit pass from Jamshedpur debuting defender Sandip Mandi to put the ball behind the goalkeeper.

Although Jamshedpur made defensive errors in the first half, Atletico Kolkota failed to capitalize and increase the tally in the first 45 minutes.

Edu Garcia and Roy Krishna were responsible for some wasted chances both in the first half and second half and partly due to Jamshedpur goalkeeper, Subrata Paul’s stunning saves in between the sticks.

However, as Jitrenda Singh was sent off before the hour mark, ATK made good use of the numerical advantage to double the scoreline and dominate the game.

It wasn’t long before the two tormentors in chiefs, Edu and Krishna, combined to break the home team’s resilience as Edu scored from close.

The two combined again moments later with Krishna doing the honors of putting the ball in the back of the net.

ATK are now atop of the league with 30 points from 15 games while Goa FC are second and locked on the same number of points in second, although with an inferior goal difference.

Jamshedpur sits in 7th with Sixteen points from 14 games played so far, even though they have a game in hand.