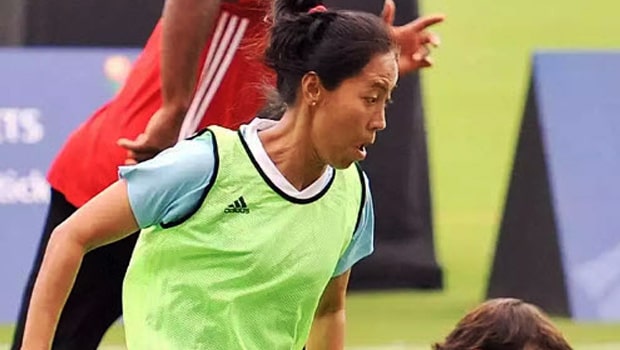 Indian Women’s Football National Team striker, Bala Devi Ngangom, will team up with Scottish women’s league team, Rangers women, after agreeing to a deal to join the team in a one and a half year contract.

The 29-year old will, by so doing, become the first-ever Indian woman to play professional football outside India and also Rangers’ first Asian female football player.

Before the deal was agreed, Bala, who is by far India’s best female footballer, currently underwent a one week trial at the Scottish club in 2019, where she had training with the club’s first team.

Also, she is the record goalscorer in the Indian Women’s League.

According to the player, while it was a difficult trial where she had to train in cold weather, nevertheless it was still a great experience to have observed their training regime and get involved in a practice game.

According to reports, the move was facilitated by Bengaluru FC, who are understood to have partnership deals with the Scottish club, and with the striker impressing Rangers, an announcement will be made soon.

However, other details about the deal is sketchy, but more information is expected to be made public after India Women’s football national team manager, Maymol Rocky, had previously dropped a hint as regards Bala Devi’s move to Scotland.

The coach made the disclosure at the Indian Women’s League (IWL) 2020 Launch, where she claimed that the opportunity given to Bala would be evident on the national team after the player’s trials at Rangers.

She believes that the international exposure will benefit the team going forward.