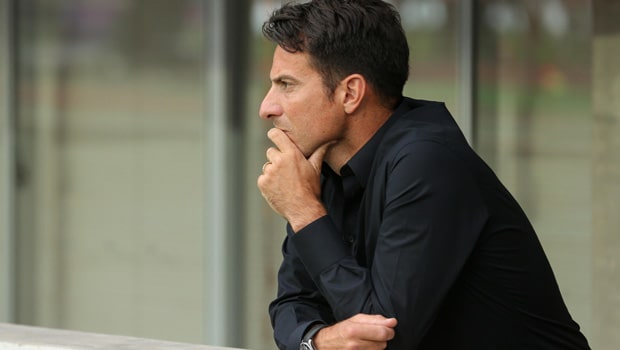 Bengaluru FC has named a 32-man squad for the upcoming season of the Hero Indian Super League, which will be played in Goa from November 19. Recently bestowed with the Major Dhyan Chand Khel Ratna award, Sunil Chhetri will lead the team in the eighth season of Hero ISL 2021-22.

German-Italian Marco Pezzaiuoli will be the new manager for the team in the forthcoming season. Bengaluru FC had a disappointing run in the previous season of ISL as they could only manage to win five matches out of the 20 they played in the league stage. Thus, they failed to qualify for the semifinal and finished at seventh place in the standings.

Pezzaiuoli will now look to help the team in turning the tables in the eighth edition of the tournament. The head coach added that the squad has a good mix of young and experienced players and he will look to get the best out of them.

“It’s a good group that has a nice mix of youngsters and foreigners and a good base of Indian internationals. There are a lot of different personalities in this squad, who will bring important things to the team. “Our aim is to make the players we have better, as the season progresses and to also finish in a much better position than we did last season,” said Blues head coach, Marco Pezzaiuoli.

Marco added that it will take some time to hit the ground running as they have started to train together from early November and will need some time to get their chemistry right.

“It’s important to remember that our efforts will need time. We’ve trained with the complete squad together for the first time only after the first week of November. The idea is to get everyone up to speed as fast as possible. “All the parts will have to come together to form the big picture and the effort is on to make it happen soon,” Pezzaiuoli added.