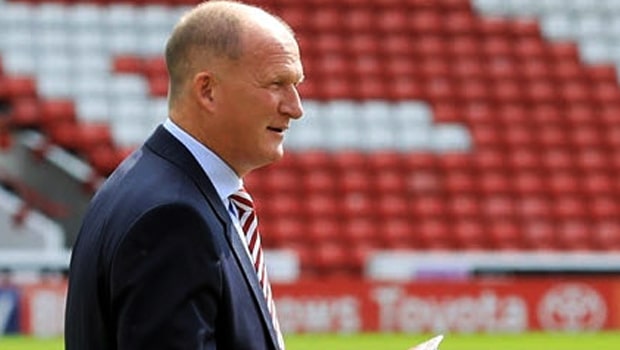 Bengaluru FC have finally found some form as they win 3-0 against Jamshedpur in their travel to the JRD Tata Complex on Wednesday. The Blues have now won three games in a row and have given themselves a fighting chance to still fight for a place in the playoffs. Overall it remains to be seen if the Blues can come from behind to make it to the final six teams this season.

Ravi Kumar and Roy Krishna scored first half goals to hand Bengaluru a fine lead whereas Sivasakthi Narayanan scored another in the second half as the Blues defense stood like a pillar in front of the underwhelming Jamshedpur FC attack, hence they managed to keep a clean sheet. Currently Bengaluru FC are a point behind FC Goa in the sixth position on the ISL points table.

Simon Grayson lauded Jamshedpur FC for being a tough test for his team and also was very impressed with his defenders as they kept a crucial clean sheet. He said, “Full credit to Jamshedpur FC that they asked questions of us. You know that it is going to be a physical contest, you got to defend well in the 18-yard-box because (they have got) big strong, powerful players, and we did that. They tested us with a lot of corners early on but we were strong. And then we got a really good goal which we are capable of doing to teams on the counter attack. And then we settled down a lot better and then for Roy to hit that fantastic strike is something that he has been doing a lot in training.”

The English tactician shared that they needed to be better even with a two goal lead at halftime and therefore Sivasakthi’s goal gave them that confidence and breathing space. The defenders also were determined to keep the clean sheet against a tricky attacking team with strong players.

“We did stress at half-time that we have to be better than the first half and try to get that third goal and we certainly did with Siva (Sivasakthi). That gave us breathing space. But full credit to the players, they kept working right till the very end. They wanted to keep a clean sheet. The defenders defended really well in the 18-yard-box because a lot of questions were asked in there – corners, set pieces, crosses into the box. But every centre-back and defender did really well,” Grayson explained the halftime discussions.

The Blues have struggled with keeping up their intensity and finding a flow which they have managed to find right now. It is because of that they have only won six games out of 14 and are in seventh position on the points table. They are also working on a -3 goal difference and a 3-0 win over the Men of Steel will surely add some more boost their chances to make it to the playoffs. Grayson shared that he was little critical with his players for giving away easy chances to Jamshedpur FC late in the game, as every goal matters for them as missing out on goal difference won’t be a great feeling for them.

“If we are good enough to get into the playoffs, that will take care of itself. The last thing we want to do is potentially miss out on getting into the playoffs by goal difference and that’s what could happen. That is why I was a little critical of the players because we allowed Jamshedpur FC chances later on and maybe we didn’t take our chances. Because come the end of the season, that could play a massive part,” he concluded.

Bengalurur FC are a point behind FC Goa but having played an extra game.Whereas eighth placed Chennaiyin FC is four points behind the Gaurs but have played two matches less than the Blues. So it is currently a fight between three clubs for a single spot.

Incidentally Bengaluru FC will next face Chennaiyin FC at home on 28th January and it will be interesting to see two desperate sides face each other as we enter the business end of the season.