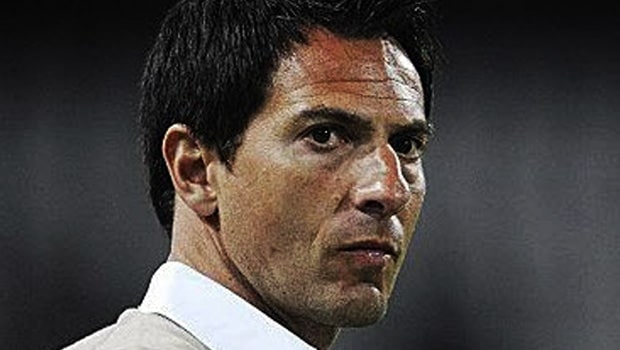 Bengaluru FC after a 4-2 win over NorthEast United have not managed to find feet in the Indian Super League. They recently shared spoils in a 1-1 draw against Kerala Blasters following a 3-1 defeat against Odisha FC.

Once again the Blues failed to find th killer blow as Ashique Kuruniyan turned hero to zero in a matter of two minutes. The India international scored following a howler from Blasters custodian Albino Gomes. But two minutes later he slotted the ball past his own net to level the scoreline. Apart from the scoreline, the Blues struggled to create chances and even get shots on target.

After the game, Bengaluru FC head coach Marco Pezzaiouli highlights several factors from the game. Indian skipper Sunil Chhetri’s performance in this season has been below par to his standards and therefore he was changed in the second half by the German tactician. Speaking on the 37-year-old Pezzaiouli highlighted that he wanted to bring fresh ideas into the game.

“It was the third game for Sunil as well. We had three strikers on the bench.

“I want to bring some fresh minds inside and some new creativity. When you’re into the third game, it is important to bring fresh guys and we have a good squad as well,” he stated, explaining his reason to change Chhetri.

Pezzaiouli shared his insights on their playing style and how Kerala Blasters featured against them. The German tactician shared his disappointment for not getting all three points even after taking the lead against the Blasters.

“We are disappointed, of course, because we scored in the 84th minute. We had a chance to score before as well — from Cleiton (Silva). We dominated the game. We didn’t create so many chances and I think that was a big issue, Pezzaiouli added.

“But, it’s always difficult to play against an opponent who play very deep. (For) creating chances, you need to be very patient and we were. In the end, (that’s how) we scored a goal. When you keep pressuring the opponent, in the end, they’ll make a mistake,” he continued.

Despite all the criticism, Pezzaiouli backed his player, Ashique Kurnuiyan. The German tactician felt that this was Ashique’s best game in the three matches that he has featured in the current Indian Super League season. However, he still wants the 24-year-old to improve on his crossing.