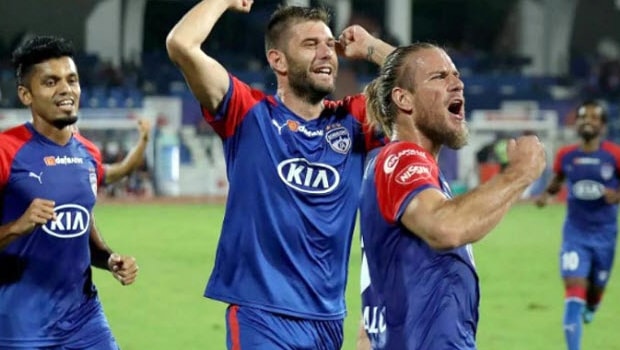 Chairman of Bengaluru FC Parth Jindal has expressed his support for the 3+1 foreigners’ rule as recently adopted by the All India Football Federation.

While the rule will be adopted with immediate effect in the I-League, the India Super League will only adopt the rule from the 2021-2022 season while all AFC competitions are enforcing this rule.

The implementation of the rule came after various quarters of Indian football, including Igor Stimac, coach of the National team called for regulation in the number of foreigners in the league.

“As a club, Bengaluru FC completely supports the 3 plus 1 foreigner rule that is being introduced in Indian football across both the I-League and the Indian Super League. This is what is the AFC rule, so why should we be any different? (It gives) more opportunities to develop Indians,” said Parth Jindal posted on Twitter

According to the rule, a club is only permitted to have four foreigners in the team with one from an Asian Football Confederation (AFC)-affiliated country.

The rule is touted to be important to India footballers with the plight of Indian strikers characterized by the fact that only Sunil Chhetri, Bengaluru’s skipper who has scored 9 goals, the only Indian striker with more than 2 goals this season.

It is said that more Indian players would get more playing time with this new rule when it is implemented.

Bengaluru finished third on the ISL table during the league season while they couldn’t get past the semi-final stage of the championship playoffs.

The resumption for both the ISL and the I-league are currently unknown due to the coronavirus pandemic, while the timetable for the transfer window has been shifted forward.

FIFA tournaments are not left out as the FIFA U-17 Women’s World Cup initially scheduled for India in November 2020 has been shifted to February 2021.