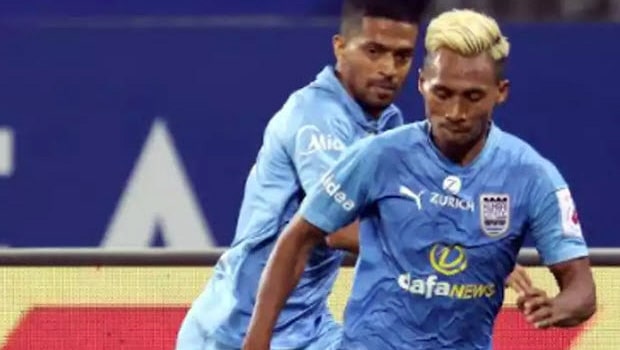 The Hero Indian Super League 2020-21 champions Mumbai City FC are delighted to announce that they have extended the contract of their winger Bipin Singh. The new deal will see the player from Manipur commit to the side till the 2025 season.

Singh had a successful campaign with the champions as he played an instrumental role in taking his team to win the Hero ISL League Winners’ Shield and the Hero ISL Trophy in the 2020-21 season. Bipin, who has represented Mumbai in 45 matches, played all the 22 games of the season in ISL 2020-21.

The 26-year had a successful campaign as he scored six goals for the club and also provided four assists. In fact, the season’s only hat-trick came from Bipin Singh, who came up with a rollicking performance against Odisha FC.

Furthermore, Singh played a key role in the final of the tournament against ATK Mohun Bagan. Singh scored in the 90th minute to take his team to their maiden ISL title and wrote his name in the history books. Thus, Singh’s winning goal will be remembered for a long time and he was able to deliver the goods for Sergio Lobera’s side.

Singh was awarded for his impressive performance in the ISL as he received his maiden call-up for the friendlies against Oman and UAE. The 26-year old also provided an assist against Oman and helped the team in leveling the scores.

Singh was delighted after extending the contract with Mumbai City FC.

“I cannot express my joy enough to be able to extend my stay here with Mumbai City. Since joining the club in 2018, I’ve felt right at home and Mumbai City has helped me become a better footballer and a better person too. I feel like I am in the best shape and in the best moment of my career and a lot of the credit goes to the trust the Club, Sergio Lobera, my teammates, and the fans have shown in me,” said Bipin.

“The ambition at Mumbai City is to be at the top, to win silverware and I feel proud to have been a part of such a historic season with the club, winning the double. I honestly believe that this is only the beginning. I want to win more games, more trophies with Mumbai City, enjoy plenty more successes, and be a part of this special family for a long time to come,” he added.

“I’ve said it throughout the season that our biggest strength is that we have not only good players, but good people. It’s difficult to find an immensely talented player and a genuine person like Bipin. I have worked with so many footballers but Bipin’s work rate and his willingness to learn stand out. He was a key member of our group, winning two trophies and scoring some important goals. We want to build on this success and it’s important to retain the people that make the core and the soul of the team. I am delighted that Bipin has extended his time with Mumbai City and I wish him many more years of success with us,” said Sergio Lobera, Mumbai City FC’s head coach.