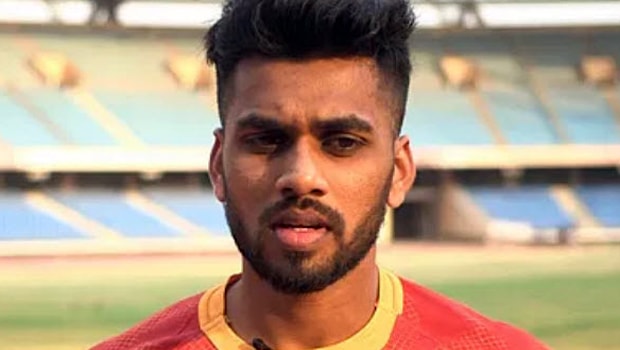 Indian youngsters who wish to play abroad have been adviced to find their way to Europe and abroad as early as possible so as to get exposed to the European standard of football very early.

Indian national team midfielder Brandon Fernandes has stated his belief that an early move abroad will help players develop. He believes that he would have been playing in Europe if he made such a move too.

“If anybody wants to play in Europe, they need to train at their facilities and at their level. They need to start at a very young age. If they get around five years in their system, I’m sure any good Indian player can play in Europe.” Brandon Fernandes was quoted on goal.

The Goa player had the opportunity of training abroad, and his first was with cape Town academy between 2010 to 2013 but failed to secure a deal at a European Club after going in several trials.

He had training with Sunderland, Leicester City, and reading during a 5-month trip to Europe in 2012, and he recounts his experience during this period.

“It was unfortunate for me. Even though I went there as a youngster, it didn’t happen for me. If I had to go to Europe at the age of 15 or 16 and train in Europe, I think by now I would have been playing in Europe,” he deduced.

A return to India was inevitable, playing for Goa FC in 2015, he also featured for Mumbai City in the India Super League, he had a loan stint at Mohun Bagan in 2016 as well as Churchill Brothers in 2017.

His splendid time at Churchill Brothers made way for a return to Goa in 2017, where he has been till now while he had 7 caps for the national team after his debut last year.