Home » Football » Carlos Pena will know what will be best for us: FC Goa’s Seriton Fernandes

Carlos Pena will know what will be best for us: FC Goa’s Seriton Fernandes 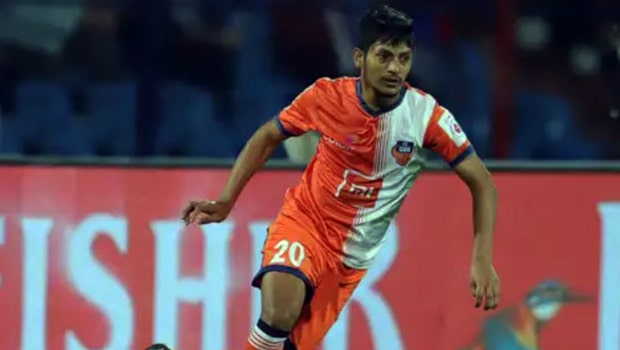 FC Goa defender Seriton Fernandes believes the team’s new head coach Carlos Pena will know how to get the best out of them in the next season of the Hero Indian Super League. Fernandes has had the opportunity of sharing the pitch with Carlos Pena and has shared some good memories with him.

Pena has all the experience under his belt and he will look to get the best out of the players. As Pena has the exposure of playing with some of the Gaur’s players, he will know how to get them on the right track. Furthermore, being a former player of the same club, he will be aware of the dressing room atmosphere.

Meanwhile, FC Goa had a disappointing run in Hero ISL 2021-22 season as they managed only four wins in 20 matches to finish at the ninth place in the standings, and thus they could not qualify for the semifinals. Thus, Carlos Pena will be determined to turn the tables in the next season.

“I had many wonderful moments with Pena and we lifted two trophies together (for FC Goa). It’s a joy to have him back, his return is good news for all of us. As a former footballer himself with plenty of experience, he will know what is best for us,” said Seriton Fernandes, in an interview with The Bridge.

In fact, since Pena’s departure from the club, the Gaurs haven’t been able to go all the way in the Hero Indian Super League.

Meanwhile, FC Goa’s former coach moved to ATK Mohun Bagan in the middle of the previous season and the Gaurs could not find the right impetus.

Fernanded added that Pena is very passionate about the game and he will look to get the best out of the players.

“He (Pena) is very passionate about the game, he studies it unlike any other teammate I have ever had. Even when he was a player, on flights or in his hotel room I would find him studying something about the game – and not only the ISL. He truly lives the game. And his experience of having played in India, would hold him in good stead,” added the Indian footballer.