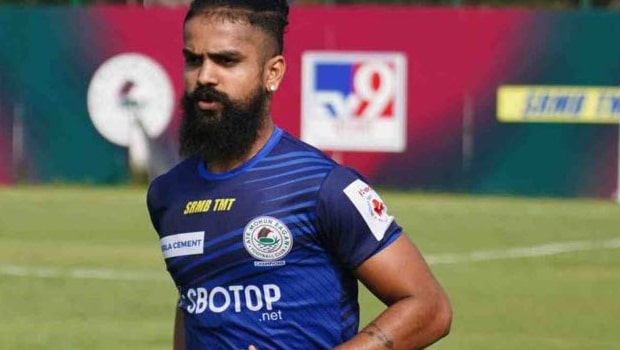 Chennaiyin FC have secured the services of Indian forward Jobby Justin on a two year contract, the club announced on Sunday ahead of the eighth season of the Hero Indian Super League. Thus, Justin will stay with the club till the 2022-23 season.

Meanwhile, Jobby Justin made his debut in the Hero Indian Super League for ATK FC in the 2019-20 and the club was able to go all the way in the tournament. The 27-year old had played 10 matches for the club in that season.

However, Justin was ruled out of the entire Hero ISL 2019-20 for ATK Mohun Bagan due to ligament injury. Ergo, he will look to make a solid comeback while playing for Chennaiyin FC in the upcoming season.

The club co-owner Vita Dani feels the Mariners were not ticking the right boxes on the attacking front.

“Jobby’s signing boosts an area that we were lacking in last season. We are happy to have an Indian player with such attacking intent and I am sure he will fit in seamlessly in our family,” CFC co-owner Vita Dani said.

Justin has huge expectations of himself and will want to stand tall to the challenges.

“I have a lot of expectations lined up with this signing and the most important one is being a part of the first team. Another important one will be to shower the club with as many achievements as I can. Finally, I would love to express all my love and gratitude to my family, friends and most importantly to my fans who stood by me throughout my highs and lows,” the forward added.