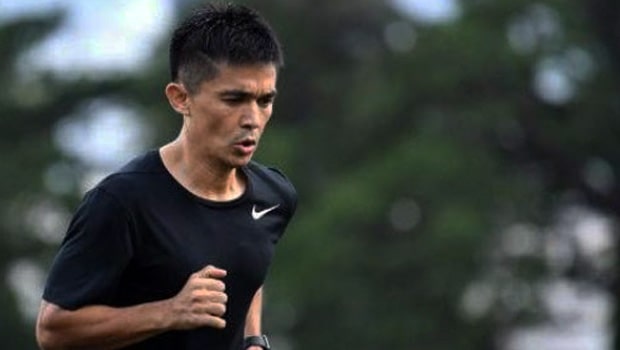 After a series of disappointing performances, the Indian national team came back in form as they defeated hosts, Maldives 3-1 to enter the finals of the SAFF Championships. The Blue Tigers were struggling for form and hence they could only manage draws against Bangladesh and Sri Lanka. While they won against Nepal, it was only a 1-0 win with a goal from Chhetri coming right at the 82nd minute.

Therefore it was a do or die match for Igor Stimac’s men and they did rose up to the occasion against the Maldives. While Sunil Chhetri came up with a second-half brace, Manvir Singh also found the back of the net. The ATK Mohun Bagan forward broke the deadlock in the 33rd minute when his right-footed shot thundered the top right corner of the net. But it was cancelled by Ali Ashfaq after Pritam Kotal illegally brought down Hamza Mohammed in the penalty box. Ashfaq made no mistake from the spot as both sides went into the break with a 1-1 scoreline.

But the magnificent Sunil Chhetri came to India’s rescue as he handed Igor Stimac’s men the lead with a brilliant volley in the 62nd minute and then doubled the lead with another strike in the 71st minute. Chhetri was once again sensational for the Blue Tigers as he was judged the man of the match and also became the top scorer of the tournament. His brace ensured that he has now crossed Brazilian legend Pele and is a goal away from equalling Lionel Messi’s international goal tally.

The match was filled with reckless fouls, rash challenges and bookings. India defender Subhashis Bose was given marching orders right at the dying minute of the game. The intensity of the game did increase when the referee decided to show the red card to India head coach Igor Stimac for dissent. The Croatian tactician will be present on the sidelines during India’s final match against Nepal in the SAFF Championship.

Despite playing pretty poorly at the start of this SAFF Championships, the Blue Tigers remain the only side who finished the group stages unbeaten. They did struggle against Bangladesh and Sri Lanka but once they won against Nepal, the confidence changed the complete outlook of the team.

Igor Stimac will be hoping that his men can replicate this performance against Nepal in the finals of the SAFF Championships.