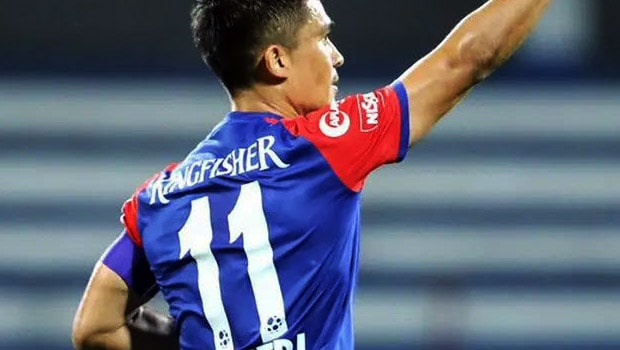 India’s football national team’s skipper Sunil Chhetri has made a suggestion that a “Reserve League” which will be equivalent to the India Super League (ISL) be created.

India national team coach Igor Stimac had grown frustrated about the lack of potent strikers the India national football team except from the Bengaluru Captain.

The Croat coach had revealed that lack of playtime for young Indian players was a major reason they fail to improve and hence stated that should situations continue this way it would be hard to find a replacement for Chhetri when he retires.

The record goalscorer for the India national team, who made his national team debut in 2005 under Sukhwinder Singh who was then coach of the national team, stated that there is a need to find a balance between the foreign player policy and developing young Indian players in the ISL.

Furthermore, he revealed that having foreigners in the league has helped in raising the standard of the league but still insists that a balance need to be found and having a reserve league could help create more playing time for Indian players.

He said that the reserve league is the best way to go about it as until the league revert to the 3+1 foreign player policy.

“A competitive reserve league will help solve the problem of a lack of goalscorers,” Sunil Chhetri was quoted in an interview.

Meanwhile, he believes such a League would help national team coaches identify strikers and players who can play in the national team and deliver.