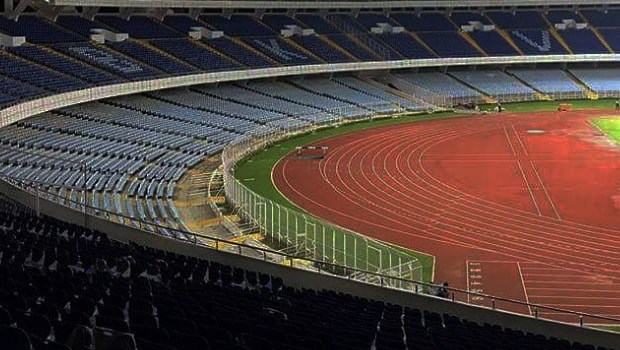 May 20 saw West Bengal and Odisha get hit by Cyclone Amphan, which damaged a lot of things and injured scores of people while others were left dead.

The Salt Lake Stadium, which houses three clubs based in Kolkota, namely East Bengal, Mohun Bagan, and Mohammedan Sporting, were affected by the incident which hit the two East Indian States.

The base and tent of the three clubs were all affected by the Cyclone as well as other club sides in the region.

While Mohun Bagan was lucky with a lesser degree of damage recorded, Mohammedan Sporting and East Bengal were not that lucky with a huge amount of loss of property and damages recorded by both clubs.

The Salt Lake Stadium, which also houses Atletico De Kolkota, which plays in the Indian Super League and are current Champions, had plenty of trees falling into the stadium campus.

Practice ground’s floodlights were damaged while the gallery shed was destroyed by the Cyclone.

The 2019-20 India Super League season was won by Atletico De Kolkota, and they are set for another dominance in the 2020-2021 season after a merger with I-League Champions Mohun Bagan.

Meanwhile, East Bengal are also planning a move into the India Super League, but nothing has been finalized yet, with the suspension of football in India still on due to the outbreak of the dreaded coronavirus pandemic.

The All India Football Federation has also mandated the immediate adoption of the Asia Football Confederation’s 3+1 foreigners rule in the I-League while the ISL will only adopt it from the 2021-2022 season.

The transfer window in India has been shifted while there is a big uncertainty as regards the start of both the I-league and the Indian Super League, but a November date has been planned by the All India Football Federation.