Dafanews signs a deal with Hyderabad FC as Principal Sponsor 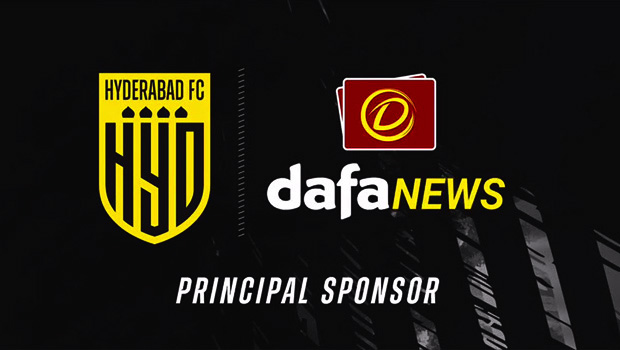 Dafanews is delighted to announce that we have signed a new deal with Indian Super League club Hyderabad FC as Principal Sponsor for the upcoming season of the tournament.

Dafanews, which is an online sports portal, has been associated with top football teams across the world.

This new deal will see Hyderabad FC players donning the Dafanews logo on their jerseys throughout all the matches of the forthcoming season.

A spokesperson from DafaNews, said “We’re delighted to partner with Hyderabad FC and grow our portfolio of partners. The league’s following increases year on year and we expect it to continue to do so.”

Varun Tripuraneni, Hyderabad FC co-owner, said, “We are delighted to have on board one of the leading online sports news hubs in the country. With DafaNews being a renowned player in their space, this partnership will give us an opportunity to build some meaningful campaigns in the season ahead and make it a win-win partnership for both brands. This partnership is just a start of a much larger association in the years to come.”

Meanwhile, Hyderabad FC had finished the previous season at fifth place in the standings after winning six out of the 20 matches they played and thus could not qualify for the semifinal stages. Hyderabad will now look to turn the tables in the upcoming season and go all the way to clinch their maiden ISL title.

Hyderabad FC will begin their ISL 2021-22 campaign against Chennaiyin FC at the GMC Athletic Stadium in Bambolim, Goa on November 23.

Stay tuned to Dafanews for all the news regarding Hyderabad FC and ISL 2021-22 season as well as all the other sports.