Daley Blind likely to be fit for Netherlands’ Euro 2020 campaign 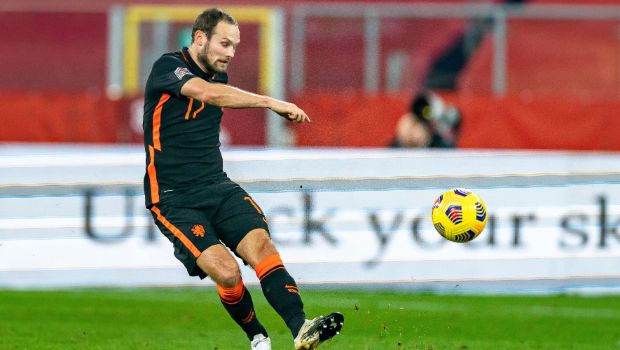 Ajax defender Daley Blind, who is recovering from an ankle surgery, is expected to be fit in time to make it to Netherlands’ Euro 2020 campaign starting next month.

That’s why he was also named in Netherlands’ provisional squad that was announced on Friday by the Dutch coach Frank de Boer.

Blind hasn’t played since March as he picked up an ankle and a knee injury, both at the same time, during a World Cup qualifying match against Gibraltar.

While the knee injury didn’t trouble him that much, he had to undergo surgery to repair his torn ankle ligaments. As a result, he was ruled out of the remainder of the season for Dutch League team Ajax. But he is in contention to return for the European Championship for Netherlands next month.

“We assume that Daley will make it, given the forecasts of the doctors,” said De Boer.

“He is also positive about it. But it may be that he is only available during the tournament, if he suffers a setback,” he added.

Blind’s experience and quality could be crucial to Netherlands’ fortunes in the tournament, and more so with Virgil van Dijk already ruled out of the competition. Netherlands are placed with Austria, North Macedonia and Ukraine in their Euro 2020 Group.

“It is especially sad for him. He has never played a final tournament. But the European Championship is just too early for him,” De Boer continued.

“Let’s hope we qualify for the World Cup in Qatar, so he can be there.”

The 31-year-old defender made his international debut for the Dutch team in 2013 and has represented them in 77 matches since then. He has scored two goals as well. As far as his club career goes, he has played for Groningen and Manchester United apart from Ajax.