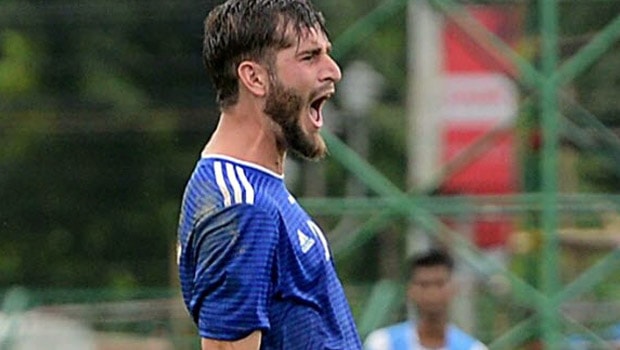 Real Kashmir’s midfielder Danish Bhat has revealed that his biggest target as a professional footballer is to play for the Indian national football team.

The 23-year-old stated that he will keep working hard to get the chance to dorn the Blue Tigers jersey.

Should he succeed, he will be only the second player from I-League side Real Kashmir to play for the national team after the exploits of Mehrajuddin Wadoo.

Danish Bhat is just one of the duo of players who were born and bred in Kashmir to have the opportunity to be in the first team and play for the team frequently.

This has made Bhat a fan favorite at the club, and the Snow Leopards got promoted to the I-League two years ago becoming the first team in Kashmir to feature in the I-League.

Managed by David Robertson, Bhat has been a very important member of the squad, and in two seasons he has played 42 times.

Furthermore, he disclosed that playing for Real Kashmir hasn’t been easy and he has learnt from the manager David Roberta on stating that the manager always wants his players to play like warriors.

He described his family as the biggest sources of inspiration as they have always been there for him since the beginning of everything.

Real Kashmir are fourth on the I-League standings with 22 points from 15 games with games still postponed due to the Coronavirus pandemic.