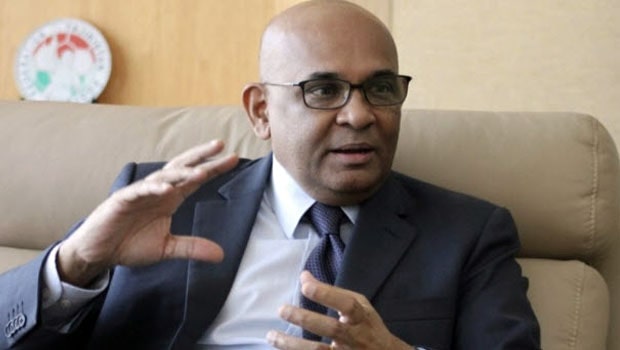 Dato’ Windsor, the Asian Football Confederation general secretary, is impressed by the organisers for successfully hosting the group stage of AFC Champions League in Goa despite the second wave of Covid-19 in India.

Hero Indian Super League (Hero ISL) team FC Goa, Iran’s Persepolis FC, Qatar’s Al Rayyan SC and UAE’s Al Wahda participated in the Group E (West Zone) of AFC Champions League. The Iranians and the Emiratis were able to make it to the Round of 16. All 12 group matches were played at the Jawaharlal Nehru Stadium in Fatorda.

“Congratulations to the All India Football Federation (AIFF) and the Local Organising Committee (LOC) on the successful organisation of the AFC Champions League 2021 (West) – Group E in India.

“The success is no doubt a showcase of the dedication, hard work and relentless efforts of the AIFF and LOC in ensuring a high level of organisation despite the challenging circumstances,” the AFC general secretary wrote in a letter to the AIFF.

He continued: “Our appreciation goes to the LOC for the wonderful hospitality accorded to the AFC Delegation and the Participating Clubs and for all the arrangements made to ensure and safeguard the health and well-being of all concerned throughout the tournament.

“Thank you, and we look forward to future collaboration with the AIFF following the successful completion of the AFC Champions League 2021 (Group Stage) – Centralised Matches.”

On the other hand, Goa had successfully hosted the seventh season of the Indian Super League from 20 November 2020 to 13 March 2021. As many as 115 matches were played across the three venues in Goa amid the Covid-19 pandemic. Thus, the organisers deserve a lot of credit for the smooth conduct of the tournament.