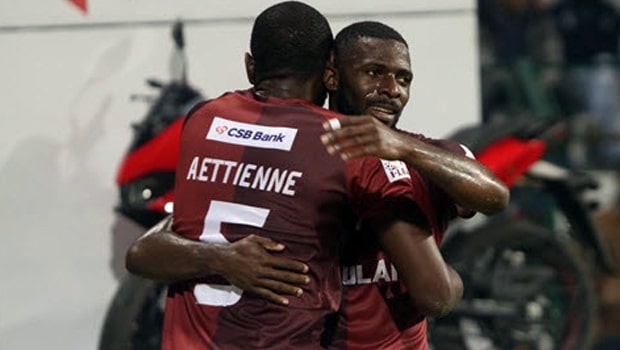 It was an embarrassing result for East Bengal in the I-league on Wednesday when the team lost to Gokulam by 3-1 at the Barasat Stadium in Kolkota.

The Kolkota side started the game on the back foot after going behind in the 21st minute when Ugandan striker turned in an assist from Sébastian Thangmuansang.

However, the lead didn’t last up to ten minutes as the home team equalized in the 27th minute after defender Akhtar Asheer pulled one back in a first half that saw three goals.

The third goal, unfortunately, came from the visitors as they took the lead once again this time in the 45th minute through an unfortunate own goal from Spanish Midfielder Marti Crespi.

Gokulam stretched the lead beyond East Bengal’s reach as they scored a third in the 65th minute through Marcus Joseph who now has three goals in 5 games.

The win is Gokulam’s first in four games while East Bangal has now lost twice in a row after last week’s 1-0 loss to Churchill Brothers away from home.

By the result, Gokulam has now moved into the 4th position with 10points, and they are 4 points away from top spot Mohun Bagan and two above their hosts who are dotted on the 5th position.

Gokulam’s next game is away to Minerva whole East Bengal will be away to Mohun Bagan on the 19th a day before Minerva’s hosting of Gokulam.

The Chennai City-based team has won two of its last five games and a draw while Nort East United haven’t won in their previous six games losing three and drawing two of their last five games.