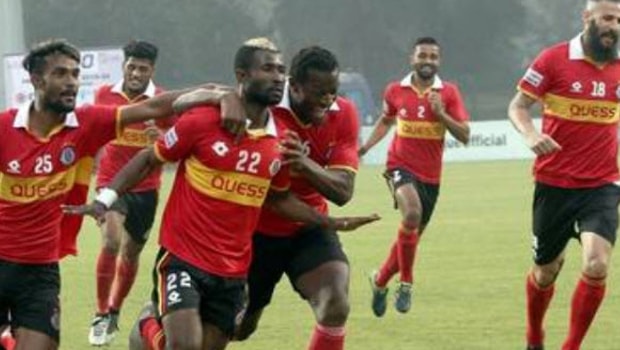 Reports have emerged that East Bengal will not feature in the 2020 edition of the IFA Shield and the Calcutta Football League (CFL) except Quess Corp handover sporting rights to the club.

Quess Corp disclosed that it wanted to end its association with the club at the end of the month of May after being the investor of the club since 2018, holding 70% of the rights while the club had 30% as the service providing company took charge of the club’s football and cricket team.

However, currently, the partnership rights of the Red and Golds are not clear and specific, and except it is specified, the team won’t be able to play in football competitions in the national and state levels.

According to goal, the details of the agreement between Quess Corp and the Club read as follows:

“The Club shall be entitled to independently pursue Hockey, Lawn Tennis, Table Tennis, and Athletics without any objections and/or interruptions from the Company (“Club Domain Activities”). Apart from the Club Domain Activities, Football, Cricket, and all other sporting activities which the club pursues shall be collectively referred to as “Club Sporting Activities.”

“Club Sporting Activity of the teams participating on behalf of the Club in any sport across state-level, regional, national and international tournaments will be under the name ‘Quess East Bengal FC.'”

For the club to participate in the tournament openers, it will need to first sort its ownership rights and issues, and it must be done fast and quickly.

The I-League and the ISL are still undecided as regards resumption of the league, but with the major leagues in Europe now getting back on the pitch, it’s only a matter of time for India football.