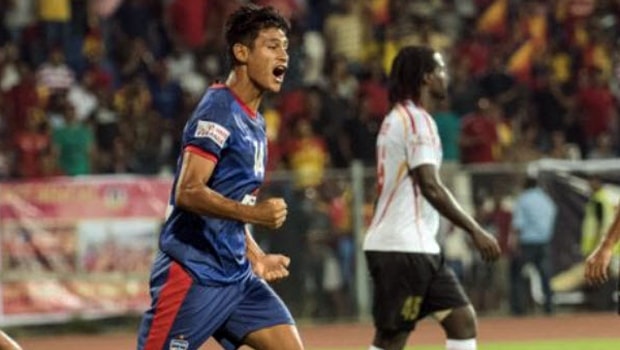 Kolkata side, East Bengal are set to bring in two new players for the 2020-2021 season, and reports say both players are midfielders

Eugeneson Lyngdoh and Milan Singh are the two players touted to move to the Red and Gold.

After playing for reigning India Super League champions Atletico De Kolkota in the 2017/2018 season, he moved to Bengaluru last season, where he only played 72 minutes due to injury issues.

His best time came during his first stint at Bengaluru in the 2014/2015 season when he won the Federation Cup, Durand Cup, and the I-League after playing 33 games and finding the net nine occasions and 16 assists.

Meanwhile, Milan Singh had a decent season with northeast united in the 2019-20 season, making 13 appearances for the side.

The 28-year old once filed out for Delhi Dynamo, Kerela Blasters and Mumbai City.

Meanwhile, both Singh and Lyngdoh will join the likes of Harmanpreet Singh, Ricky Shabong, Mohammed Irshad, Novin Gurung, and Sehnaj Singh, all of whom East Bengal has signed.

East Bengal are still strengthening their team as they hope to move from the I-league and play in the India Super League in the 2020-2021 season.

This is after Kolkota rivals, Mohun Bagan joined Atletico De Kolkota in a merger to play in the new India super league season.

However, due to the coronavirus pandemic, no new date is known yet for the new season as the All India Football Federation awaits the green light from the Ministry of Youth Affairs and Sports (MYAS) or the Ministry of Health and Family Welfare.

Furthermore, a new 3+1 players rule is set to be applied to the I-League for the new season, while the ISL will adopt from the 2021/2022 season with three foreign players and one Asian Confederations player included in each team.