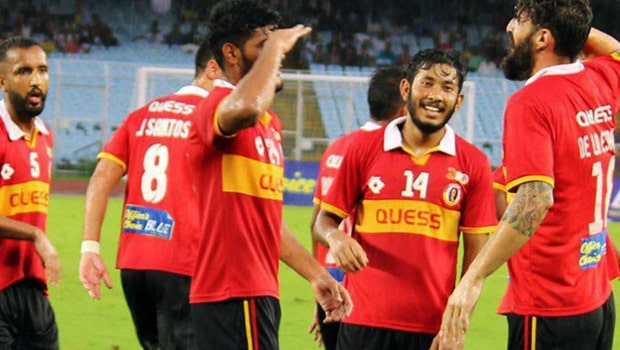 The pre-season game between both sides has been scheduled for July 26, 2020, in a game that will excite the fans of the Gold fans for the game, which will be played at the Yuvabharati Krirangan Stadium in Salt Lake, Kolkata.

The game will be played to mark East Bengal’s centenary Celebration, and the Red Devils’ had a delegation examine Kolkota to inspect the Salt Lake Stadium.

With Manchester united satisfied with the condition of the infrastructure at the Salt Lake Stadium, a deal would be agreed on very soon if the financial implications are met with East Bangal allowed to pay the fee required for by United in two installments.

East Bengal will pay the first installment in April, while the final payment will be done by the end of June in what could be a befitting anniversary package for the team’s fans.

This season, the team currently sits sixth on the table with nine games played and eleven points gathered, scoring 12 goals and conceding 11 in the process.

In the last five games played, the Kolkota side has lost four and won one in a 2-0 victory away at Chennai City at the Jawaharlal Nehru Stadium on January 25.

East Bengal’s last game was, however, a loss as they failed to capitalize on their previous win. The team lost 1-0 at home to bottom side India Arrows.

Although Manchester United has been inconsistent and unimpressive recently, the team still has an array of stars to watch out for with French World Cup winner; Paul Pogba expected to travel with the team to India.