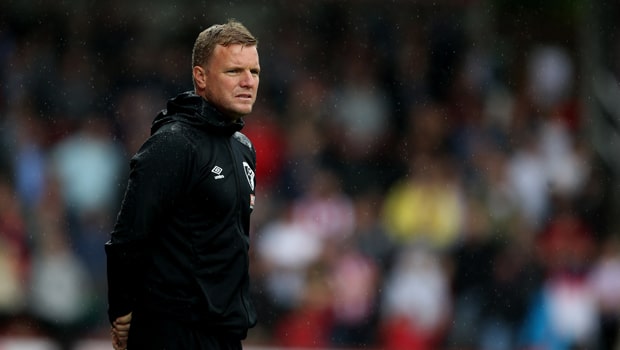 Bournemouth boss Eddie Howe believes Sheffield United could be a hit in the Premier League this season after his side were held to a 1-1 draw at home by the Yorkshire outfit.

The Blades have enjoyed a rapid rise back to the top flight since Chris Wilder took charge, achieving two promotions in the space of three years. Bournemouth did something similar in their climb up the football ladder, taking eight years to go from the lowest tier to the Premier League with Howe at the helm.

The Cherries had looked like getting the better of the opening weekend encounter at the Vitality Stadium when defender Chris Mepham put them ahead just after the hour mark. However, Billy Sharp popped up late on with an equaliser to make sure Sheffield United did not go home empty-handed.

Despite a decent showing at Bournemouth, the Blades are still the 1.67 favourites to go straight back down to the Championship. Howe isn’t so sure they will drop out of the Premier League though, claiming their unique style of play will make them a tricky team to get the better of.

“They (United) are very good,” Howe said. “They’ve got a way of playing, a way of going about things, that’s different and very difficult to play against. “They showed they can change, as well. Yes, there’s going to be times when it’s tough and you have to dig in, we know that from experience. But to do what they’ve done, we also know you have to do some exceptional things.

I’ve got a lot of respect for them.” Wilder said he was pleased with the players’ response to falling behind at Bournemouth, admitting there had been a few nerves in the dressing room before kick-off ahead. “Of course, the boys were a little bit apprehensive to begin with,” he said.

“It’s a big deal, isn’t it. But I thought we grew into the game as it went on. I’m not going to be greedy. I thought it was the right result and a fair result.”

Wilder’s men are next in action at Bramall Lane against Crystal Palace. United are 2.70 to win next Sunday’s encounter with the draw 3.20 and the Eagles 2.80.