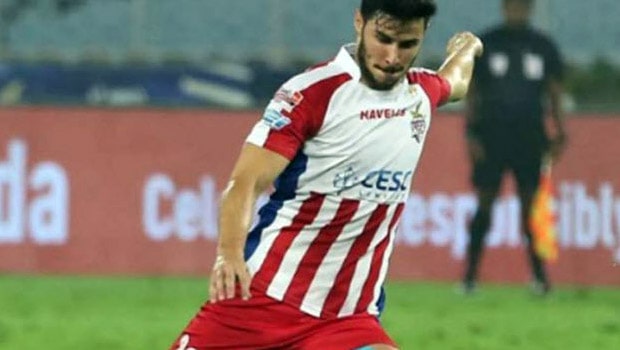 The Kolkata-based franchise of the Indian Super League, which is a merger of ATK (Winners of the ISL last season) and Mohun Bagan (Winners of the I-league), made the announcement of Garcia’s extension deal on Thursday.

The former Real Zaragoza player explained his happiness at staying back in Kolkota.

“I am very happy to continue playing in Kolkata and in the ISL for another two years. I am looking forward to wearing the Green and Maroon jersey and will give my best to the club,” the 30-year-old said in a statement as quoted by Times of India

Garcia played for Bengaluru FC in the 2017-18 season and moved to ATK in the remaining part of the 2018-19 season, where he was instrumental, scoring the goal that won the India Super League playoffs final match against Chennaiyin FC as the team won its third title last season.

He is a major part of ATK’s quartet of players who were the engine of the team, including  Roy Krishna, David Williams, and Javi Hernandez. Garcia contributed to nine goals overall last season with six goals and three assists for ATK last season.

Antonio Habas-coached side will once more be a major team to focus on in the 2020-2021 season, with the four players still in the team.

The deal that saw ATK and Mohun Bagan become a merger will see the Indian Super League champions take 80% of the stake of the I-league club.

The Indian Super League will resume in November in a single venue as a means of curbing the spread of the coronavirus, which has rendered sports and football in India and across the world to a standstill.