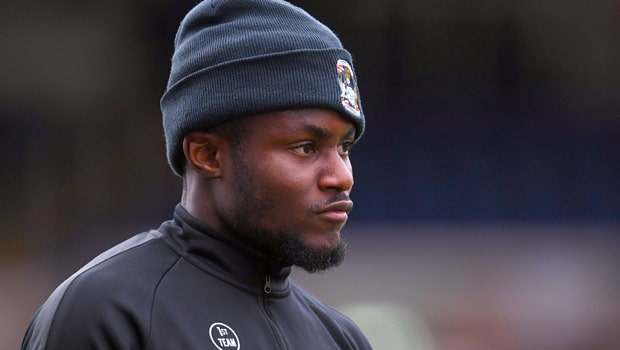 SC East Bengal’s debut season in the Indian Super League was pretty underwhelming. The Red and Golds finished in lowly ninth position only ahead of wooden spooner Odisha FC and Kerala Blasters. However, amid a disappointing season, their primary ray of hope was Nigerian forward Bright Enobakhare. The youngster joined the club in the winter transfer window signing a short term deal.

Enobakhare’s presence completely changed the dynamics of the team. He provided head coach Robbie Fowler with that attacking impetus going forward. Also, brought the likes of Anthony Pilkington and Jacques Maghoma into the game. However, Enobakhare is set to leave the Red and Golds due to uncertainties over his future. The club is going through some legal issues with their investors Shree Cement Ltd. and hence the extension and other transfer talks are delayed.

Reports in England suggest that the former Wolves forward has offers from EFL Championship outfit Coventry City FC. It will be the 23-year-old’s homecoming as he already spent a loan stint with the Sky Blues in 2019. Coventry City are reportedly offering him a very lucrative offer to restart his career in English football.

In his last stint, he became a fan favourite in no time. He scored six goals and gathered three assists in 18 appearances. The Sky Blues are in dire need of someone in the attacking midfielder role and Bright Enobakhare fits the bill perfectly. He is someone who knows the club, the culture, the fans and hence he can have an immediate impact for Coventry City.

Coventry tried their best to re-sign the Nigerian after he shared his love for the club and also for the fans. But the 23-year-old opted to join Wigan Athletic where he had a very horrible time and eventually returned to Molineaux. he left the Wolves last season and joined AEK Athens where again he did not get much game time. Later he left the club after mutually terminating his contract to join ISL outfit SC East Bengal.

While he was available in  January few Sky Blue fans wanted him back at the club. But he plied his trade in India and was once again a fan favourite. In 12 matches last season he scored thrice but just with his presence he elevated the entire team mentally. His departure will be a big blow for the Red and Golds.