Home » Football » Euro Cup News » Euro 2020: Manager Andriy Shevchenko is confident that Ukraine will have no fear against England

Euro 2020: Manager Andriy Shevchenko is confident that Ukraine will have no fear against England 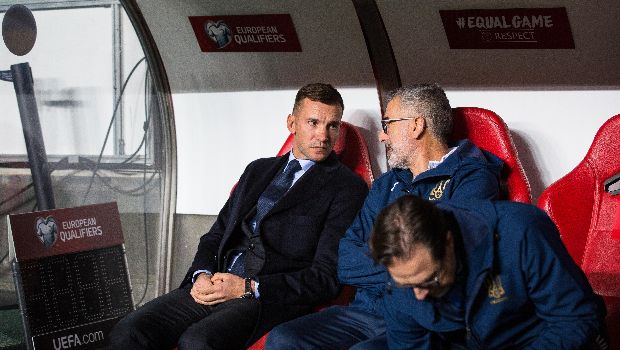 Ukraine defeated Sweden 2-1 in their Round of 16 clash to book a quarter-final match against England. Ahead of that important clash, Ukraine manager Andriy Shevchenko has stressed that his side won’t be intimidated by England and are looking forward to producing an upset when the two teams collide in Rome on Saturday.

The Ukrainians booked their quarter-final berth with a late goal in extra-time. They opened the scoring in the 27th minute of the match after an outside-the-boot pass from Yarmolenko was met by a sweet Oleksandr Zincheno volley and the ball nestled into the back of the net. Sweden dragged themselves back into the game after Emil Forsberg’s shot from outside the box took a heavy deflection and confused goalkeeper Bushchan.

Ukraine survived wave after wave of Swedish attacks in the second half with Emil Forsberg being the wrecker-in-chief. Forsberg came close to scoring twice but his efforts were thwarted by the far post and the cross bar. Ukraine had also struck the post once in the second half.

Andriy Shevchenko’s side gained an upper hand in extra time when Swedish defender Danielsson was sent off for a dangerous challenge. In the dying minutes of extra time, Zinchenko found the perfect cross and Artem Dovbyk headed it home from close range to set up a meeting with England in the quarters.

“England are a great team, they have a deep bench, an outstanding coaching staff and we are fully aware how tough this game is going to be,” Shevchenko told a news conference.

“I saw all their three group matches, not today’s win over Germany because we had to prepare for our own game with Sweden. They are incredibly difficult to score against but their strength shouldn’t scare us. It should motivate us because everything is possible in football as in life and we will play our hearts out to give our fans even more to cheer about.”

England haven’t conceded a goal in the tournament so far and defeated Germany 2-0 at the Wembley Stadium. Raheem Sterling opened the scoring while Harry Kane sealed the tie in his side’s favour.

Zinchenko, who had a terrific game, against Sweden praised his Manchester City teammate Raheem Sterling. “Sterling is one of the best wingers in the world and right now he is making all the difference for England,” he said.

“We will need to be at our very best in defence to stop him but it will be difficult because he is on a roll.”