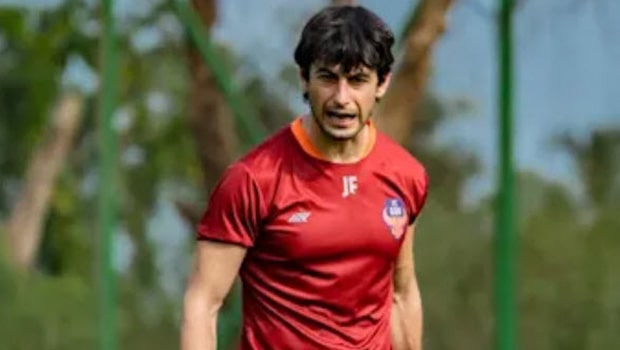 After the 4-0 defeat against Persepolis, FC Goa will look to dust themselves and fight again when they take on Al Rayyan in their next AFC Champions League fixture. The Gaurs are currently two points from four matches will be looking to put up another valiant fight against the Qatari outfit.

Juan Ferrando revealed that he could not field a stronger lineup against Persepolis in the last match because of the accumulated fatigue as the matches are played in very little time and also the humidity in Goa also takes a toll on the players. He also assures that the team will perform much better in the last two matches.

“In 20 days, (playing) six games is very difficult. Of course, our squad has nearly the same problems as the other teams. We have injuries also. The players don’t have big injuries, but they are very tired. For us, the last two games are very important,” Ferrando said at the pre-match press conference. “To prepare the plans, it’s very important to be strong psychologically because it’s a pleasure to participate in the AFC Champions League. We want to do the best on the pitch in the coming games.”

Surprisingly Naveen Kumar came out to play against Persepolis in the last match replacing the man of the match, Dheeraj Singh who bailed out Goa multiple times in the three games that he featured till now. In hindsight, Naveen had a terrible outing but Ferrando claims that it was a tactical move that did not work out.

“The decision was tactical, of course. We prepared a plan, and it was not successful as evident from the scoreline. But, 90% of the substitutions we made were tactical decisions.”

Ferrando spoke about the psychological aspects of overcoming from a 4-0 defeat and then entering the next match with a positive mindset is very difficult. So he had to explain it to himself by letting it out to the players and they have shown progress in training as the Spaniard claims that the Gaurs will come up with better performances in the last two matches.

“Firstly, it was about my (own) psychology. When you lose 4 – 0, it’s difficult of course. I then had to understand why the scoreline was not good, before explaining it to the players and then explain the new plans. It is also important to think that the first experience is key.

“I know we can change, we can improve and prepare a new plan. The players are ready. I am so happy because we will be better than the last two games.” Juan Ferrando continued.

Lastly speaking about the chances of securing that first win in the ACL, Ferrando highlighted how the schedule takes so much toll on the players and hence the second leg is more difficult. While Al Rayyan are also in a bad phase as they have lost their last three matches since the stalemate against FC Goa. But Ferrando feels it will be tough for the Gaurs.

“The second leg is different. Firstly, because the players are more tired. After 10-12 days and four games, the players are tired. It’s a different game, but let us not forget that we will be playing against a very good team,” he signed off.