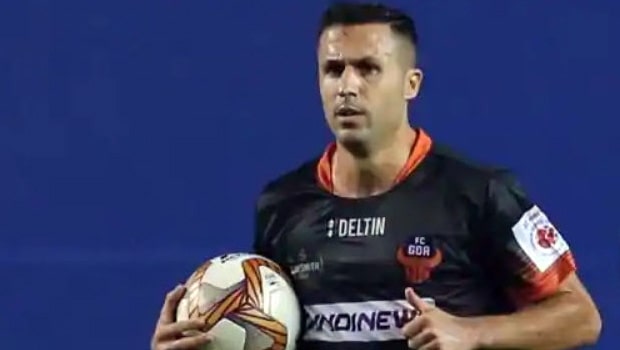 FC Goa are up against the odds as they will be the first Indian team to feature in the AFC Champions League. However, they will be facing Qatari outfit Al-Rayyan in the opening fixture. The Gaurs will start as underdogs as they expect to face tough competition from the West Asian outfit in a group which include last season’s runners up Persepolis and playoffs winner Al Wahda of the United Arab Emirates.

FC Goa had a decent season with their new head coach Juan Ferrando as the Spanish tactician guided them to the playoffs where they lost to eventual winners Mumbai City. So the management and the supporters expect a fruitful continental campaign from the Spaniard and his men.

Ahead of the match against Al-Rayyan, Ferrando addressed the media at the pre-match press conference. He answered some tough questions and gave a piece of his mind ahead of a very tough match.

“We know about the level and these games (will be) high intensity. It’s very important that we not only know about the physical condition, but it is important (to know) about psychology and mentality.”

The Gaurs came up with a shocking lineup for the continental tournament as they left out the ISL Golden boot winner, Igor Angulo. The Spanish marksman scored 14 goals in the last ISL campaign. They also left out Alberto Noguera who ended up being the highest assists provider. Considering the 3+1 system of foreigners, Ferrando had to take the tough call. “The decision was taken at the last moment because we have some problems in defence.

“We need some players in defence, now, this is the last decision. Of course, he is a very important player in our positional attack, but no worries, no excuses. This is the rule, this is our squad, we believe in all the players,” he further added.

The Gaurs are receiving love and support from the entire country as they are creating history and representing the country at such a big stage. So it warms Ferrando’s heart to see the support but he would have liked to see a stadium full of fans. He said, “When you play with the full stadium, the atmosphere is very good and helps a lot with the psychology of the team. Of course, I am upset since this is the first time an Indian team is playing in the Champions League and the stadium is empty.

“We know they (the fans) are so close to the team. Not only about Goa but the people in Kerala, Chennai, in Kolkata and New Delhi helped by writing a lot of messages to support the team because it is a historic moment and a big moment for everybody,” the 40-year-old concluded.