Home » Football » Fernando Varela: We Will not Underrate Mohun Bagan

Fernando Varela: We Will not Underrate Mohun Bagan 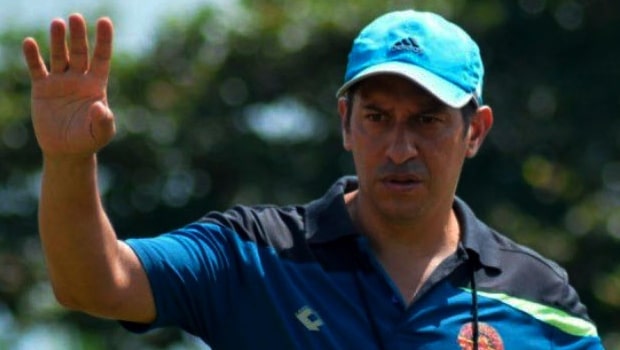 The Kaylani Municipality Stadium will be agog on Monday when Mohun Bagan tackles Gokulam Kerala at home in the I-League.

In the last five outings between both sides, Mohun Bagan has failed to get a win against a team who has turned to a nemesis of sort. This time the signs and signals do not look positive still for a first win for them as Gokulam has managed to win their last two games in convincing fashion.

While Mohun Bagan were victorious in their first league game this season against debuting club, TRAU FC whom they beat 4-0 in their last game, the first two games were unconvincing as they lost to Churchill Brothers 4-2 in the second game and drew away to Aizawl Fc.

However, coach of Gokulam, Spaniard Fernando Varela, has dismissed their run of form recently, despite beating Mohun Bagan in the Durand cup this season in a 2-1 win in August, stating that he is not ready to read much into it but rather focus on the upcoming games.

He said that Mohun Bagan are too competitive to be underestimated and as well possess the quality as a team and within their individual players to bring up a decent game against any opposition.

Also, he believes with the big derby up next for Mohun Bagan after the game against Gokulam, they would want to secure a result that would give them momentum ahead of the game against East Bengal.

Despite the not too impressive form of Mohun Bagan, they sit in fourth on the 11-team table after one win, one draw and one loss with four points, Gokulam are fifth with similar records but just inferior on goals difference.