Home » Football » Ferran Corominas: I do not feel ‘valued’ at FC Goa

Ferran Corominas: I do not feel ‘valued’ at FC Goa 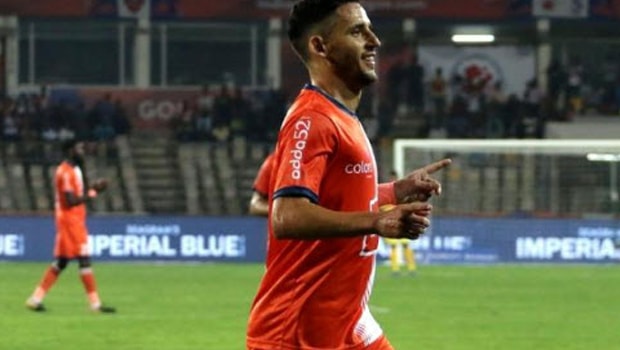 Spanish forward Ferran Corominas has revealed his feelings about his position at India Super League side Goa FC which suggests that his time at the side is limited.

The Spaniard is the highest goalscorer in the India Super League with 48 goals in 57 appearances, and he has finished as the Golden Boot winner twice in the last three seasons.

Despite these numbers, the 37-year-old believes he is not valued as he is supposed to based on the offer made by Goa FC.

“The Asian championship is a good tournament to play, but for me, the important thing is that they value me for my performance. This year FC Goa, with the offer it has made, hasn’t valued me for the performance I have had,” the 37-year-old was quoted on Goal.

However, the recent state of coronavirus has made it difficult for new offers to come up; hence the future remains uncertain.

“For the following season, the future is not clear. I am a free player without a contract, and I am listening to proposals. But with the Covid-19 problem, it doesn’t help. In India, only FC Goa has made me an offer. I have received a proposal from other countries, but at the moment I haven’t decided anything,” he was quoted on Goal.

Meanwhile, Goa FC has signed Redeem Tlang, Sanson Pereira, and Makan Chothe while Leader D’Cunha has been promoted to the first team.

Prominent player Carlos Pena has announced his retirement while Juan Ferrando has been appointed as the new head coach, although Ahmed Jahouh, Mourtada Fall, Mandar Rao Dessai and Jackichand Singh have departed the club.

The guars topped the ISL regular season table but failed to get to the final of the playoffs, which was won by ATK.