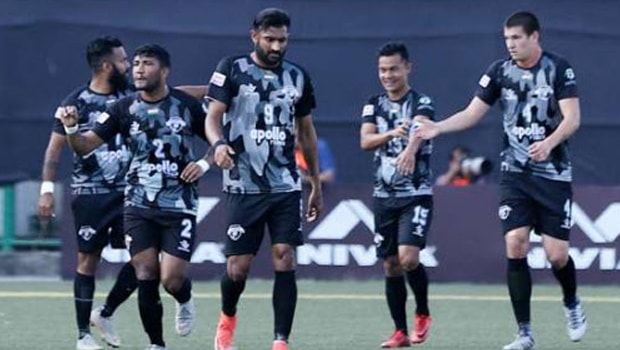 World’s football governing body, FIFA, has handed a three-window transfer ban on the I-League club Punjab FC after the team failed to pay its foreign player his dues.

North Macedonian footballer Hristijan Denkovski was owed a compensation fee of $18,000, and due to the non-payment of the fee by the club, it will serve three windows starting from this summer window.

North Macedonian footballer Hristijan Denkovski was involved in a contract dispute with the club. Still, despite FIFA’s intervention which stipulated that the club pays the compensation of the player in 45 days, a directive which was made on the 13th of February, Punjab FC didn’t honour the directive as at the 31st of March which was the deadline.

The Dispute Resolution Committee of FIFA which directed the club to pay the due as early as possible with the club set to pay a final settlement of $18,000 with an interest of 5 percent per annum.

Punjab FC now has 45 days to pay off the debt before the ban comes into effect, although the ban will be lifted once the due has been cleared.

The former Gokulam Kerala player signed a one year contract with Punjab in July 2019 (which was to run from the 1st of September 2019 to the 31st of May 2020) when it was still Minerva Punjab under the ownership of Ranjit Bajaj, and the former owner explained the matter.

Apparently, despite submitting proof of No Third-Party Ownership to Punjab at the end of July 2019, the club told the player of the termination of the contract rendering it null and void because of a change in ownership.