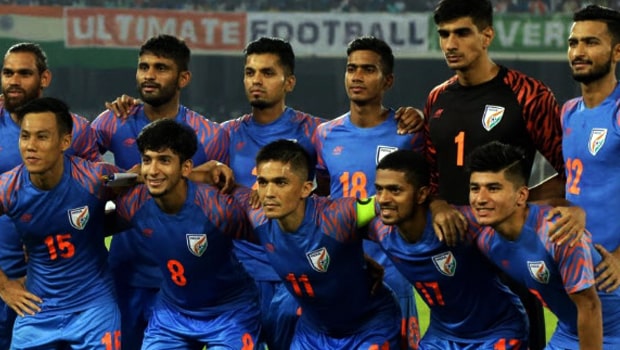 The All India Football Federation has announced the Salt Lake Stadium officially known as the Vivekananda Yuba Bharati Krirangan will host India’s home match against Afghanistan.

The match which will be played on 9th of June, 2020 will be part of a joint qualifier for FIFA 2022 World Cup as well as the 2023 AFC Cup. An emergency committee organized by AIFF has decided to host the match at the aforementioned venue.

India has failed to get going in the joint qualifying rounds for the FIFA 2022 World Cup and the 2023 AFC Cup. Sunil Chhetri-led side has not even won a solitary contest in their first five matches and only have three points under their belt. In fact, the Blue Tigers kicked off their campaign with promise as they were able to get away draw (0-0) against Qatar. However, the team took a downward slope after a good start.

Subsequently, the Indian football team had to face a 1-2 loss against Oman while playing in their own conditions. The team could only produce a draw against Bangladesh and Afghanistan which diminished their chances of ending in top two positions of the group. Furthermore, Oman added salt to the injury as they defeated India by 1-0 in the latter’s fifth match.

Meanwhile, before the match against Afghanistan, the Blue Tigers will also be traveling to Bangladesh for the second leg of the qualifiers in the month of June. Ergo, the team would look to seal all six points which will be on offer against these two sides. However, the team will know that they are not going to get easy wins given these sides strong performances against them earlier in the qualifiers.

Igor Stimac, the chief coach of the Indian national football team will want his players to be on their toes. The team performance has been mundane in the recent past and they will need to turn the tide in their favour in the coming matches.

India will next face table toppers Qatar on 26th of March at Kalinga Stadium in Bhubaneswar and would look to get on the board in Group E.