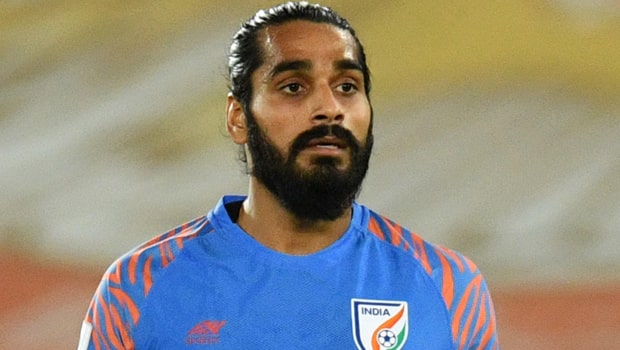 Indian international Sandesh Jhingan has joined the Croatian top flight side HNK Sibenik, the club announced on all their social media handles. Jhingan spent the last season at the Indian Super League side ATK Mohun Bagan.

The Indian centre back joined the Mariners last year signing a five year contract. However, when he got an offer from foreign clubs he activated the clause present in his contract that would allow him to terminate the deal if a European club approaches.

“I have nothing but a big thank you to say to everyone involved at ATK Mohun Bagan. The last year was my comeback from injury and it turned out to be one of my best years and it was all because of my brother like teammates and coach Antonio Habas, his staff and coach Sanjay sen who all motivated me and pushed me to improve every day and I will be thankful for what they all have done for me in this past year,” Jhingan said on Twitter.

“Mr Goenka and all the Management Members have been very supportive and they know although this decision means one player less for them it means one fan more for them as I will always be a fan for the way the club is run. A big thank you to the fans who supported me who make this beautiful club what it is and all the best to the team AFC Cup starting today and Indian Super League,” he added.

The 28-year-old centre back guided the Mariners to the finals of the Indian Super League last season. He has played a pivotal role for the Indian national team as well in the last few years. He has played 42 matches for the Blue Tigers after making his debut in 2015.

His club HNK Sibenik finished sixth in the Croatian first tier league last season. Their best season came in the 2009-10 season when they finished fourth in the league. Sandesh Jhingan will hope to help the team to greater heights this season.

This season, Sibenik have not had a good start as they have lost three out of five games and have only managed a single game till now.