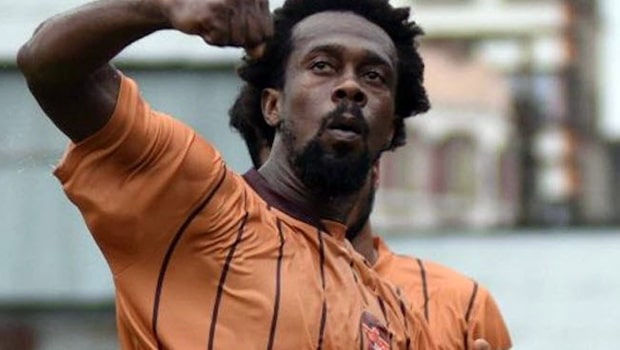 After several rumblings in the Indian Super League, there have been several transfer activities in the I-League. Mohammedan Sporting Club have roped in former Gokulam Kerala forward Marcus Joseph. The Trinidad and Tobago international was exceptional in Indian football and hence the Black Panthers signed him for the upcoming season.

After their return to the I-League, Mohammedan SC were far from their best. The Kolkata giants finished in a lowly sixth position in the Championship round points table, nine points behind last season’s Champions Gokulam Kerala. Mohammedan struggled to maintain their form and Pedro Manzi’s late arrival in the season also became a major concern.

According to reports on Khel Now, Joseph has already agreed to play for the Black Panthers but he is yet to sign on the dotted lines.

“Mohammedan SC are set to complete the signing of striker Marcus Joseph. He has been offered a one-year deal and is expected to sign on the dotted line in the next seven days,” a source close to the developments informed Khel Now.

He is known in India because of his amazing stint with Gokulam Kerala FC where he guided the Malabarians to Durand cup triumph by becoming the Golden Boot winner at the same tournament. His stark ability to dribble past defenders at free will and also to find the back of the net consistently attracted several interests from a lot of clubs. But the Caribbean forward decided to join Mohammedan. The Black Panthers hope that Joseph will join their camp ahead of the Calcutta Football League.

Joseph who relishes the opportunity to play as a proper striker can even play his part from a wider position. He has great acceleration and panache and will score a load of goals in their upcoming season.  He joined Gokulam Kerala in 2019 and scored 25 goals in 30 matches. Two of those most important ones came against Mohun Bagan in the Durand Cup finals. he is also a player who can set the tone in an attack for his teammates. He can create chances by pulling out defenders from a low block and that create chances for his teammates to run into open spaces. He registered five assists for the Malabarians proving his worth as a striker.

Mohammedan SC have retained several players this summer which include Sheikh Faiaz, Azharuddin Mallick, Sajib Ghosh among many others. In terms of new signings, the clubs have roped in Lalramchullova, Malsawmzuala, Sushil Meitei and Lalramhmunmawia for the upcoming I-League season.