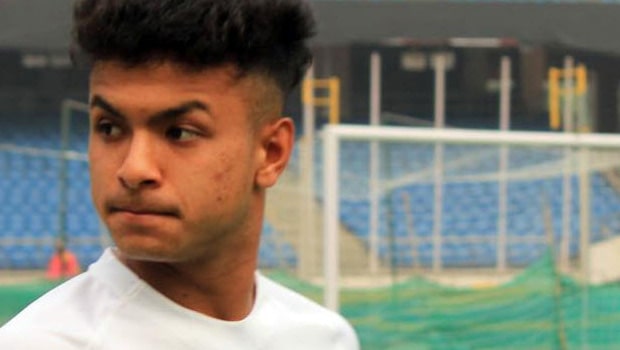 The Indian Super League off-season transfer market is gradually heating up as Goal reported that former India U-17 international Komal Thatal is all set to join Jamshedpur FC for the upcoming season. The publication also reported that the youngster has signed a three-year contract with the Men of Steel.

The 20-year-old winger joined the former ATK FC side during the 2017/18 season and only played two matches in his maiden season. The following season saw him get more game time with head coach Steve Coppel putting more faith in his abilities. He appeared 12 times out of which seven were starts. He also scored a great goal against Bengaluru FC deceiving Gurpreet Singh Sandhu between the sticks.

In the 2019/20 season when ATK FC won the ISL title he spent most of the time on the reserve bench and appeared only six times throughout the season. The last season saw him making five appearances. Therefore Thatal is looking to move to greener pastures and at Jamshedpur FC under Owen Coyle, he will get more chances to showcase his talent.

Thatal is known for his relentless runs, crafty touches and football and great dribbling abilities. He was one of India’s most hyped players at the U-17 World Cup which was held in 2017.  While the Blue Colts lost all the matches, the youngster got the recognition which he was looking for. He is often criticised for joining the former ATK FC side rather than following his teammates and joining the Indian Arrows and playing in the I-League.

Earlier in the transfer window, the Mariners have already snapped up Hyderabad FC’s Liston Colaco who recently made his debut for the Indian national team as well. With Liston moving away, Hyderabad FC decided to rope in Jamshedpur FC’s Aniket Jadhav and therefore the Men of Steel are going all in for the highly prodigious young winger.

ATK Mohun Bagan finished second in the league table only by a whisker as they lost the last match against Mumbai City FC in the group stage. Antonio Habas’ men even made it to the finals but were again undone by the Islanders who did the double by winning the League Winner’s Shield and securing the AFC Champions League spot for next season and also winning the ISL trophy by winning the finals. Therefore the Mariners are looking to strengthen their already strong lineup and as result, they have signed Liston.

Overall it is a good deal for Jamshedpur FC as well given the record of Owen Coyle working with youngsters and getting the best out of them. So if Thatal impresses him in the training he will get the gaffer’s backing.