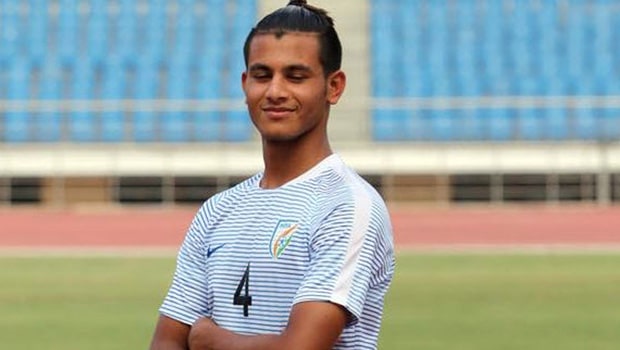 After a long wait, former India U17 International Anwar Ali will make his Indian Super League debut this season as he joins FC Goa on an 18-month loan deal from Delhi FC. The young defender is currently in Goa training with the Gaurs in their pre-season campaign but will only be eligible to make his debut in January 2022.

There are also reports suggesting that FC Goa have the right to match clause on the contract. This way they will get the first opportunity to match the highest bid that Delhi FC receives for the youngster following his current loan stint with the Gaurs. Anwar Ali recently featured in the Durand Cup and captained the North Indian outfit to the knockout stages. The highlight for Delhi FC at the prestigious tournament was beating a full strength Kerala Blasters side in the group stages to reach the knockouts. While they did not go any further, it was overall a great experience for Anwar Ali and the other Delhi FC players.

The youngster impressed FC Goa head coach Juan Ferrando as he was desperately looking for an Indian centre back to add more depth to the FC Goa roster. With the foreigners reduced from this season, it will be a test for the coaches to get their combinations right. hence Ferrando went for Anwar Ali. The former India U17 centre back is technically sound and can immediately slot in FC Goa’s possession-based system. He also likes to play the ball out from the back and with Ferrando, the youngster will only get better.

Anwar Ali graduated from the Minerva Punjab Academy and was selected for the U-17 Indian team ahead of the U-17 World Cup which was held in India. The defender then featured for Indian Arrows and was snapped up by Mumbai City FC. However, the tables turned for the youngster in no time as he was diagnosed with Hypertrophic Cardiomyopathy, a heart problem that forced him to sideline from professional football. After a lot of legal battles with AIFF, the Indian FA allowed him to play only after signing a bond where it is clearly mentioned that he needs to take responsibility for his own health.

It will be exciting to see the young defender playing in India’s elite league after a prolonged period of struggle. Given his talent and credentials, Anwar Ali can be a genuine asset for Juan Ferrando and FC Goa.