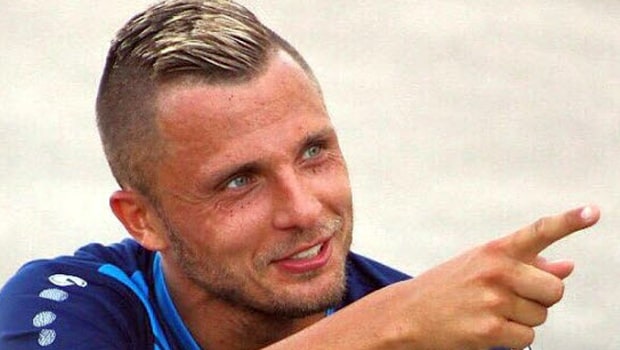 Former Indian Super League champions Chennaiyin FC have announced the signing of Polish striker Lukasz Gikiewicz. The 33-year-old marksman has penned a one year contract with the Marina Machans and will be looking to lead the lines for them in the upcoming season. He becomes the fifth foreign player for the two time ISL champions.

Gikiewicz started his professional career at Motor Lubawa and then rose through the ranks plying his trade for several lower division clubs in Poland. He has featured for Slask Wroclaw and then moved away to Cyprus to feature for Omonia Nicosia. He has also played for top tier clubs in Kazakhstan, Cyprus, Bulgaria, etc. He has also plied his trade in Asia starting from Thai top tier outfit Ratcchaburi FC. he has been in Thailand for some years plying his trade for different top tier clubs. He then moved on to play in Saudi Arabia, Jordan and even in Bahrain.

Before joining Chennaiyin FC, he was featuring for East Riffa of Bahrain.  Wherever he has gone, he has left a mark with his goalscoring traits and will be looking to replicate that in India.

“We look forward to Lukasz strengthening our attack and providing much-needed goals this season. This is a very positive signing for us,” said CFC co-owner Vita Dani.

“I am very happy to join the club. My aim is to immediately help the team in getting a third ISL title. The fans deserve it and so does the club that has won the league two times already,” Lukasz told the club media team after penning the deal.

He has featured in the Europa League and also in the Champions League and has a massive amount of experience which will only help Chennaiyin FC. He played a big role in Slask Wroclaw’s Polish League triumph in the 2011-12 season and also was crucial in their Polish Cup win in the following season.

“Lukasz is a team player with good experience and a great personality. I believe he will help the team in many aspects, especially with goals,” CFC head coach Bozidar Bandovic commented.

He will look to end Chennaiyin FC’s goal scoring problems from last season.