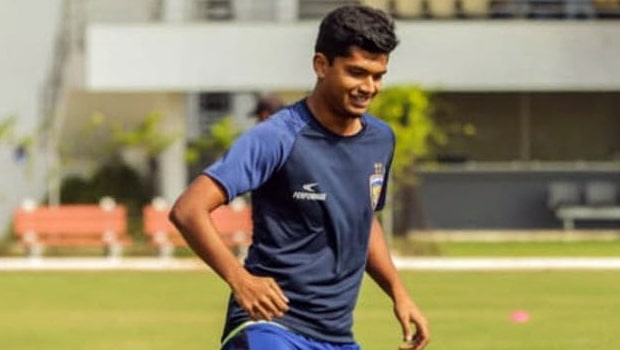 Chennaiyin FC youngster Syed Suhail Pasha believes he gained a lot of good experience while playing for the club in the recent Hero Indian Super League 2021-22 season. In fact, Pasha only played for 182 minutes across the eight matches he played throughout the tournament but feels there was a lot of learning for him in his debut ISL season.

Meanwhile, Pasha is currently playing for the Marina Machans in Reliance Foundation Development League and he has also scored a goal in four matches thus far. Thus, he is looking more confident in his approach and feels there is a lot of difference between the two leagues.

“The development teams are really good here but the pressure and quality is much more different in the ISL. The foreigners come and you’re playing with current Indian players like (Anirudh) Thapa. So you know what the difference, pressure, and excitement will be for every match,” Suhail told Sportskeeda.com in an interview.

In fact, Pasha had to wait for his opportunity to play in the final XI of Chennaiyin FC as he was benched for 13 out of the 14 matches by former coach Bozidar Bandovic. However, after Bandovic’s sacking, the youngster got more opportunities in playing XI. But Pasha was asked to play in the midfield, which isn’t his natural position on the field and thus it was challenging for him.

“This (Bandovic sacking) was the most important experience in my life. I’ve never experienced a coach being sacked even in the I-League when we have had difficult seasons. It was the first time in my life and was a bit complicated for me,” he said.

“The new coach chose a different formation so I had to adapt to that as well. It was difficult but I gained much more experience and played in different positions. My original position is striker but he made me play in attacking midfield,” he added.

The 22-year-old youngster had to battle for his place with Anirudh Thapa, which wasn’t easy for him.

“Yes [it was mentally challenging] for sure. In your position, there are star players like Mirlan Murzaev so how will you get a chance? I had to prepare myself and I just said, ‘Think positive and always stay positive,” he said.

Meanwhile, Chennai is yet to register their maiden win in the ongoing RFDL after four matches.