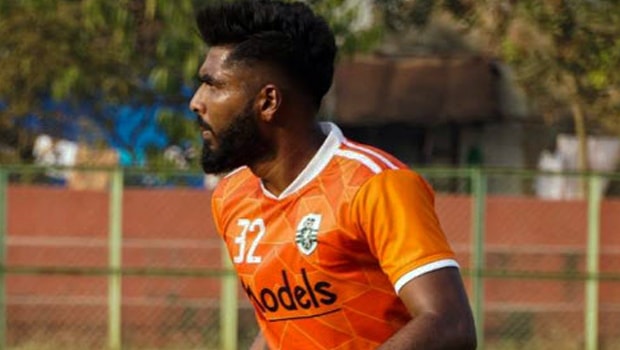 The GMS Inc. owned franchise had a disappointing outing in the 2019/20 season as the struggled defensively despite decent performances from the midfielders and the forwards. The lack of quality of the Indian players was also a reason for their dismal outing and Odisha are looking to make amends by signing Indian players, one of whom is D’Souza.

What does he offer?

George D’Souza played as a left-back for Sporting Club de Goa in the last season of the I-League and he scored four goals as well. He is mainly known for his strong structure and built which helps him to stop even the best of wingers and forwards from breaching the defence. However, that is not the only thing he specializes in as he is an excellent set-piece taker and has eye for goals as well. His strong performances also helped Sporting Club de Goa in reaching the top of the Goa Pro League table before the coronavirus outbreak forced the authorities to suspend the league midway.

Will @sportingoa's George D'Souza make it big in the upcoming #HeroISL season? 👀

His Journey so far….

The 25-year-old’s talent was spotted quite early as the Goa-based club signed him up immediately with a long-term deal after he graduated from the SESA football Academy. Such has been his performances that other ISL and I-League clubs were also interested in acquiring his services. However, those deals broke down because of Sporting’s demand for a high transfer fee.

What could be his impact on Odisha FC?

D’Souza’s arrival to the club can solve some of their major problems. Narayan Das hardly contributed in attack last season from the left-back position as he came up with just one assist. Considering what D’Souza has done with Sporting so far, it looks like he could be a much better upgrade at that position. Any player who can link up with defence and attack in equal terms is always special, and his ability of taking set-pieces is just an added bonus. Such a versatile player can turn out to be an X-factor for Odisha and it would not be a surprise if he goes on to be one of the best Indian players in the ISL during the forthcoming season.