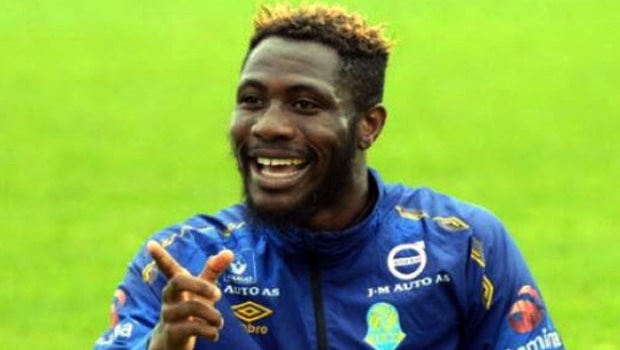 Ghanaian forward Dennis Antwi has joined I-League side Gokulam Kerala FC ahead of the 2020-2021 I-League season.

The forward joins having played in Malaysia, Sweden, Norway and Germany, his last clubside was Trelleborg in Sweden where he had 20 appearances for the team in 2019.

The 27-year-old explained that he was attracted to the philosophy of the coach of the side stating that it is suitable to his playing style.

“I am delighted to join Gokulam Kerala FC,” Antwi said. “The club has a vision and is highly ambitious. I am attracted to their philosophy and when I spoke to their new coach, I felt Gokulam is the most suitable club for me.” Antwi said.

Head coach of Gokulam, Vincenzo Alberto Annese explained that the 27-year-old has a champion mentality which will help his team.

Furthermore, his versatility on the forward line was also crucial in his move while the coach also cherish the player’s speed and he expects the player to be successful at the club.

Gokulam Kerala finished 6th in the league last season with 22 points from fifteen games albeit the season was not finished because of the pandemic.

Mohun Bagan were handed the trophy as they were ahead of second placed East Bengal with 4 unassailable points.

However, both Kolkota teams will not participate in the I-League this season as both have moved into the India Super League.

All matches will be played behind closed doors as the All India Football Federation and the Football Sports Development Limited, organizers of the India Super League, try to curb the spread of the pandemic.

Mumbai City FC clinched their maiden win of the ISL 2020-21 as they scored in the last two mi... Read More

East Bengal will have Joe Garner join them in December to become the team’s seventh for... Read More