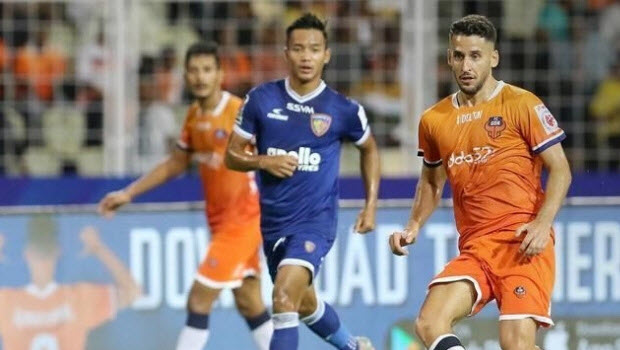 League Football will resume in India on the 3rd of January when league leaders, Goa FC travel to face Bengaluru FC in the very first India Super League match of the new year.

The match between both teams who are placed in the top three in the league will open round eleven of the current season as the away side will hope to maintain its top spot, which they carried from last year.

Goa FC is top and has 21 points from ten games played so far has scored 22 goals and conceded 12 in all ten games played, but the team has only lost once and drawn three times to showcase its dominance.

The 1-0 loss to Jamshedpur at home in November remains the only loss for the team, and they have managed to win four of the last five games played.

This includes the 4-3 win away from home against Chennaiyin FC in their last game of 2019 on boxing day.

They will also hope Spanish Striker, Coro, will score and add to his seven-goal tally after scoring four in his last three, including a brace against Odisha.

Bengaluru on their side has Sunil Chhetri to bank on, but the Indian is yet to score in his last three games, although he has 4 in total this season.

The team in their own part are situated in third place with sixteen points from ten games, but they have managed to lose two of their last five games, drew one and won the other two.

The team lost to ATK in its last game by 1-0 away from home but will hope to get the job done against Goa FC on Friday at the Sree Kanteerava stadium in Bangalore and reduce the 5-point gap between them and league leaders whom they will host on Friday.