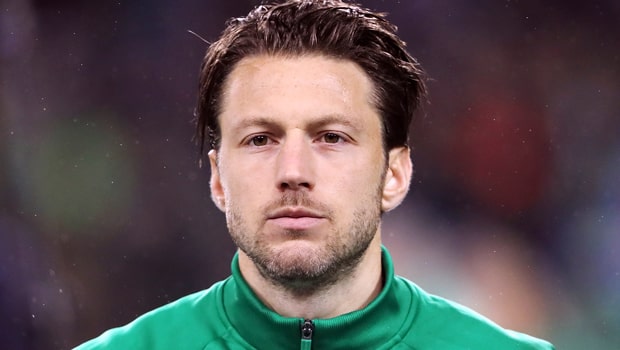 Republic of Ireland international Harry Arter has vowed to help Fulham return to the Premier League at the first time of asking after moving to Craven Cottage from Bournemouth on loan until the end of the season.

The Cottagers have the option to make the 29-year-old midfielder’s move permanent next summer. Arter said: “I’m delighted to be here. Fulham is a fantastic club with a lot of ambition who want to get back to the Premier League and I hope I can help them achieve that this season.”

After coming through the youth team ranks at Charlton Athletic, 3.30 to beat Stoke City at The Valley on Saturday, Arter slipped into non-league football with Woking before being snapped up by Bournemouth in the summer of 2010.

He helped the Cherries secure two promotions as they moved into the top-flight and played a key role as Eddie Howe’s side established themselves in the Premier League.

Arter has featured in 232 league games for Bournemouth but spent last season on loan at Cardiff City, making 25 appearances in the Premier League as the Bluebirds slipped to relegation.

Fulham co-owner Tony Khan said of the club’s latest acquisition: “Harry Arter’s arrival will strengthen our midfield and gives us another experienced and proven player who’s contributed to his former club’s promotion from the Championship.

“Harry’s a great fit for our squad, and we believe he’ll help us achieve our main objective, a return to the Premier League.”

Fulham, 1.73 to beat Blackburn Rovers on Saturday, are available at 3.10 to be promoted from the Championship this season. Check out football news today.